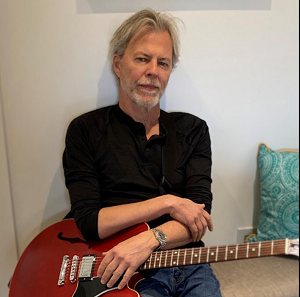 It’s been an interesting couple of years in Canadian music. Aside from the impact of a global pandemic, the underground has been turning out incredible talent the likes of which the American circuit has struggled to keep up with, and while he’s only started gaining traction since the release of his autumnal ballad “Weathered the Storm” this past September, there’s reason to believe in singer/songwriter Barry Muir’s campaign. “Weathered the Storm” is lovingly retro and indebted to the best parts of old guard pop songcraft, but its greatest treasure is the vocal tonality its leading man lends every one of its verses.

The soft pop influences in this track are rather difficult to ignore, and I like the way they mesh with the rustic, folk-style approach he has to lyricism. One is inclined to think of John Denver when considering the way Barry Muir brings a song to life, but without the distinctly western accent Denver’s work was ultimately known for. His are the humblest of harmonies, and when they’re clicking together as smoothly as they do in “Weathered the Storm,” it’s hard to resist the charm this artist has seemingly no matter what he’s singing to the audience.

This track’s best quality, at least from a structural point of view, is its melodic balance. There’s never too much of any single element – the guitar, the vocal, the subtle bassline in the background, and even the hint of percussive nudging all the way at the bottom of the master mix – it’s all integrated so perfectly that you can hardly tell where one end of the magic is starting and another is trailing off. The collective warmth of this song is inspiring, and quite the rare find no matter what scene you’re looking into around the world.

I think that Barry Muir still has a lot of work to do if his main objective is to take over the international pop lexicon, but he’s off to a good start in “Weathered the Storm.” The primary direction most Canadian folk-pop players have been going in has veered closer to the Americana movement to the south in the past year, but I don’t see Muir following suit. He’s got too much of a good thing happening with this puritan pop sound, and I for one hope that if he makes any change to his current path, it’s a decision to make music twice as fast in the future.