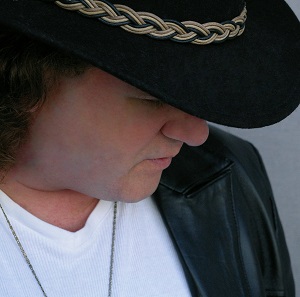 A working man’s still in prison, and the banker holds the key, Brandyn Cross modestly sings in his new song “If Money Talks (It Ain’t on Speakin’ Terms With Me)” co-written by Daryl Stevenett. The even-tempo country tune, containing fibers of rock and blues within its fabric, is an excellent start to discovering Cross and his talented word. The actor, filmmaker, script writer and published author has had some stories in his life – and while the lyrics suggest whatever he tries to do, it just don’t pay, this new song is proof that prosperity takes on different forms for Cross.

A hybrid country rock guitar swells underneath Cross’ vocals. The guitar bleeds, spilling into a pan full of western textured bass beats, a chilling violin and keys/organ. It would be easy for the bright guitar to take over, and it does at key points, but overall Cross’ music base is really a seamless blend of quilted colors. His story is an American story. If you were to only listen to the music, and not the words, it sounds like something from The Grapes of Wrath, or even a Little House on the Prairie. It feels tender and it grips at the listener like prairie grass. Cross’ music too, has epic moments where it feels like things will turn his way, the tide will change and he will get that pot of gold. I loved the way the music meandered around the guitar, with the violin sweeping across the floor. This song makes you want to dance in some sort of delirium – like the world is full of opportunities and I’m just okay they aren’t knocking on my door, delirium. The freeing sound, like the backing narrative to an American life, is full of hope. I think Cross also captures life’s lows and highs.

His voice is a treasure trove of integrity. More grit than you would think. It’s not until I read his bio (from his press materials) that I discovered his tragic past. Cross lost his leg from a train accident. Things were happening with his then-band Whiskey Rose (“Don’t Do Me Wrong”, “Blue Moon Over Heaven”) and then the accident struck him down. He spent five years rehabilitated. Songs like “If Money Talks (It Ain’t Sayin’ Much to Me)” could be a lot more bleak, but his voice has a charm that reaches the listener in a most sincere way. Living 9-5 in another man’s shoes, how it seems to be, if money talks, it ain’t sayin’ much to me, Cross croons.

His press materials also note a new determination in his work. I think this song has that focus, that spirit. But, it’s more than determination – it’s true talent. His voice doesn’t miss a beat, the guitar never missteps, nor does the organ lollygag into the wrong direction. All of “If Money Talks (It Ain’t on Speakin’ Terms With Me)” is masterful. He might have had to shelve his music for a stretch, but as an artist, Brandyn Cross never left. It’s so nice to hear his voice again.

The music of Brandyn Cross has been heard all over the world in partnership with the radio plugging services offered by Musik and Film Radio Promotions Division.  Learn more https://musikandfilm.com