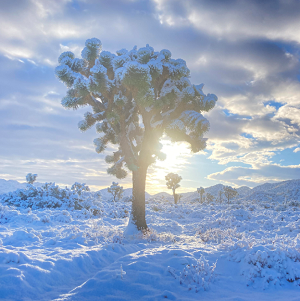 Los Angeles based singer/songwriter/performer Brett Copeland has encountered several marquee names during his musical journey such as members of Guns ‘n’ Roses, INXS, among others. He’s likewise chosen to associate his own work with similar luminaries, individuals whose writing and recording alongside titans such as Queen and The Rolling Stones informs Copeland’s efforts. His latest single release is a cover of U2’s venerable “Where the Streets Have No Name” featuring the talents of Yohai Portal on keyboards and guitar, Tommy Black playing bass, and Zack St. John on drums.

Portal bears responsibility for the track’s production, as well, and his contributions are apparent from the first. The track builds from its synthesizer introduction into the full band introduction and beyond with balance and aural clarity leading the way. The first couple of minutes are instructive – it is clear Copeland isn’t looking to re-envision the track for a modern audience but rather pay tribute and update it. It’s a limited view of the track’s possibilities and underplays Copeland’s obvious potential.

It isn’t outright imitation, however. Copeland’s phrasing embraces subtle variations as does the musical arrangement. He has a large soulful voice yet there’s ample evidence of his power scattered throughout the cut as well. Choosing “Where the Streets Have No Name” plays to his strengths as a vocalist but presents challenges as well. Bono, typically not considered one of rock’s “classic” voices, nevertheless boasts an easily identifiable style that Copeland breaks with some; there’s a moodiness present in his treatment that, for the most part, is missing from the original.

He deserves his props as one of rock’s most compelling modern voices. In an era when riveting singing is at a premium, Copeland would have nonetheless stood out even in earlier generations thanks in part to the wall-to-wall commitment he brings to bear. You never hear him taking a line off. Copeland, moreover, sings with the band rather than opposition to them and the resulting chemistry helps make “Where the Streets Have No Name” one of 2021’s most memorable singles despite its cover status.

Black and St. John make for a first-class rhythm section. They are locked onto one another from the first and provide a solid foundation for Portal’s playing. Anyone who came of age during the time when U2 first released this track will enjoy a pleasant trip down memory lane hearing Brett Copeland’s cover and newcomers unburdened by the passing years will find every bit as vital as if someone finished writing the track fifteen minutes before recording.

Copeland has risen above difficult personal circumstances and continues surviving the dog eat dog cutthroat world of modern music. He’s earned the respect of his peers and continues, in the face of COVID and hard times, recording and writing superb music. His upward trajectory remains undisturbed. “Where the Streets Have No Name” is a tribute, it is heart-felt, and resonates with all the power and sense of stakes you’d expect if Brett Copeland had penned it himself.