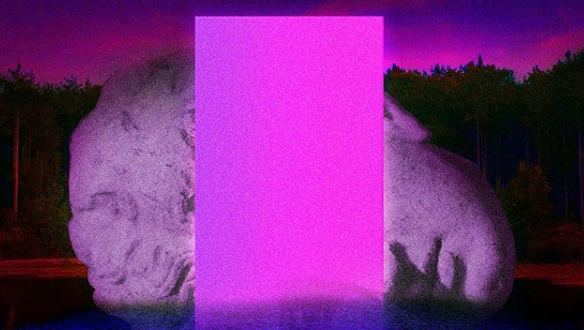 “I need you / Like a bullet to the brain, just to see if I’m alive / I need you / Like an arrow to the heart, just to feel something inside” croons a seductive Morgan Mallory in his stunning new single “Bullet,” released this past January 23rd, with every word he sings echoing a fiery passion exhibited by the cyberpunk-inspired instrumentation in the background. “Bullet” is, by most critical measurements, a song with a powerful vocal centerpiece, but it isn’t lacking in athletic, rock-flavored harmonies at all. Muscularity and melodicism are found in equal doses in Morgan Mallory’s latest release, and whether you’ve come looking for that much-needed shot of pop adrenaline or simply a taste of rock-solid intensity, I think you’re going to be interested in what it’s ultimately comprised of.

Bittersweet lyricism is hardly the only gem to behold in this track; contrarily, I think that it’s but one component in the multilayered construction of a cathartic, guitar-driven chorus. The hook here is all about rock n’ roll machismo, favoring a haunting discordance of instrumentation that is only relieved by the smooth vocal Mallory inserts amidst all of the chaos. His attitude is quite relaxed while everything else is on the verge of the apocalypse, and despite the ebb and flow of the groove, there’s never a moment where he isn’t the most commanding element for us to observe and inevitably connect with. It might not suit everyone’s taste, but unlike a lot of mainstream pop songs scoring top tier chart spots at the moment, there’s something completely unforced about “Bullet” that lends authenticity to everything its singer would want us to learn from it.

There’s not a whole lot of bass presence in this track, but I can understand why Mallory wanted to shore up the low-end tonalities with a bit more texture from the guitar parts, and furthermore, his own vocal. The mere suggestion that today’s pop beat isn’t saturated in bassline boisterousness is laughable to most any relevant critic or dedicated listener, and in staying away from a murky bottom in “Bullet,” Morgan Mallory not only produces something that feels a little cleaner and radio-friendly, but actually creates a song that feels deceptively more efficient than it is. In all reality, this really is a pretty complex single, but it doesn’t play out like a brutally experimental concept piece that would be inaccessible to anyone but hardcore fans.

I think that there’s still some room for Morgan Mallory to grow into his sound more than he already has, but at the same time, there’s no denying that he’s definitely one of the more important artists coming out of the underground to watch this year. After making waves with his virgin offering, 2016’s Manifesto, he seems more than mature enough to give us a follow-up here, and if “Bullet” can find some steady rotation on the college radio circuit this February, the momentum behind Mallory’s work could be even stronger than it was to begin with. He’s got my attention, and after you give this a spin, I believe he’ll have yours as well.