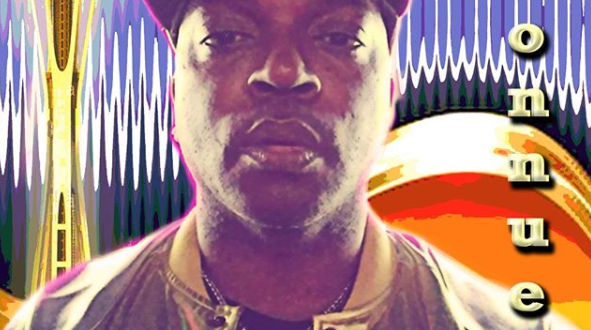 Seattle-based singer and songwriter Ronnue has been writing and producing music since he was a mere twelve years old. An unpredictable and at times challenging life eventually brought him into the studio environment, a second home of sorts, and in 2019, he exploded out of relative obscurity to become one of the most talked-about indie artists in his scene. The buzz came largely on the strength of his Indieshark Album of the Year Award-winning LP Introduction 2 Retro-Funk, which spawned a pair of singles in “Something About U” and “Be Your Freak” that have generated continued chart success and critical accolades for his brand since the start of 2020.

Ronnue is an artist who, by his own admission, refuses to be defined by genre parameters – in fact, he’s gone out of his way to distinguish his sound as being as independent from mainstream labels as possible. Remixes of his sleeper-hit single “Be Your Freak” have drawn influence from New Orleans bounce music, cerebral west coast house beats and eclectic modern R&B, and with his next album rumored to be a more pop-influenced affair, one can’t help but wonder what sort of sonic indulgences this acclaimed player has in store for us next. Having come to know Ronnue’s vibrant collection of versatile harmonies quite well in the past year, I was more than pleased at the opportunity to sit down with him in Seattle for a discussion on what his past, present and future artistry is going to look and sound like just recently.

Below, you’ll find the exclusive interview I conducted with him – which, in all honesty, felt more like a conversation with a fellow music enthusiast than it did anything else. – Cyrus Rhodes

All the years of hard work is starting to finally pay off, 2019 was a great year for me and 2020 is starting off even better! I’ve charted on several different Indie charts, won awards and continue to get favorable reviews from critics and bloggers.

I know that you started out producing and managing , what made you come from behind the scene and step in front of that mic ?

That’s a great question. Singing lead on my debut album “Introduction 2 Retro – Funk” was not planned, initially it was an album written and produced by Roc Phizzle (co-producer/cousin) and myself. The plan was to invite our friends to sing lead. However, after recording the first track Roc Phizzle stated to me “you don’t need anybody to sing lead, you do it!” I had tried to explain that I was not a vocalist, I’m a producer and manager and had always been behind the scenes, writing and producing the songs and pushing the artists and groups. I enjoyed making the connections and putting a team together to create magic. I do believe that all producers deep down inside have an inner Super Star screaming to be let out. Roc looked at me and said, “Well now you are a singer” and so, began our project. When I was 17, I dove completely into producing and managing music. I could not only write and produce the music, but I was business savvy and had the gift of gab. I believe that if doors weren’t opened for me, I would build my own house. Instead of trying to get my artists into showcases, I produced my own. Instead of running after major record companies and begging them to sign me, I created my own label “Nue Avenues Entertainment.” I started working at the only Black owned radio station in Seattle KRIZ. With the help from one of my mentors Frank Barrow I learned how to navigate the radio and radio production. I learned how to produce local TV shows, then I went to school for media and film production.

Did you enjoy producing and managing other artists ?

It had it’s highs and lows!

What was the highs & what were the lows?

The highs , I learned the business and I learned how to produced. The lows , I put a lot of time and money into the artists I was working with however, after I would get them to the doors of opportunity, the artists would quit on me because the money and fame didn’t come fast enough. Artists would seek me out to work with them and I would put their packages together, only for them to take the work and go else. Artists would argue with me, about how to sing my songs that I wrote, during studio sessions I paid for. I became fed up and frustrated. That was when I decided to record my own project. I knew I would give 200%, I knew I wouldn’t argue with myself and I wasn’t going to quit. With my project my goal was to create a body of timeless work like the artists I grew up admiring.

Give us a little background about yourself

I was born in Los Angeles, CA and raised in Seattle, WA. My mothers’ side of the family is from Atlanta and I spent a lot of my adult life there. Since I can remember to walk and talk, I have always wanted to be in the entertainment business. When I was little, and people asked me what I wanted to be when I grew up my answer was always “a singer, a dancer and a movie star!” My Aunt Cookie taught me how to operate a record player (for the young folks who don’t know, that was the first device that music played on) at the age of two. I was the kid in the neighborhood and school writing songs, forming music groups and directing plays. I remember producing my first song at 14 years old “Love me for me.”

Who are your influences ?

Some of my biggest influences however, not all of them are Prince and the entire Minneapolis sound, including Jimmy Jams & Terry Lewis, Andre Cymone, Jessie Jonson, Morris Day and the Time. Berry Gordy and Motown, Michael Jackson, Aretha Franklin, Whitney Houston, Rick James, Marvin Gaye and Madonna. Yes, I said Madonna, I love all genres of music from Jazz, Rock, Pop, R&B, Hip-Hop, Funk and Country. I love all eras from 40’s up until the 90’s. I’m obsessed with the 80’s. To me some of the world’s greatest music and Superstars came from there.

I noticed you mentioned Prince and Michael Jackson in your list of influences. I’m going to ask you the age old question who was the better artist , Prince or Michael Jackson ?

Cyrus I get asked this all the time and I say that’s like comparing apples to oranges.  I think there were  both equally as great but in different ways. They were two incredibly gifted artists who were blessed with  superhuman gifts. From what I read they were both super smart  and astute  business men. People who try to put Prince over Mike do that because Prince played instruments and Mike didn’t . But from all the interviews I’ve seen with people who worked with Mike they  all said that he was a huge factor in the creation of his music. Teddy Riley even said that  he  felt like he really learnt how to produce after working with Mike on  the  Dangerous album . Mike has put out some of the greatest albums of all time in my opinion but so has Prince. People wanted them to record together but I’m glad they didn’t !

They did two completely things and I liked them separate . I just couldn’t see them on a song together.

What current artists are you listening to today ?

None!   I check out Beyonce and Rihanna’s work when it’s released . I respect Cardi B’s production value . But besides these three I don’t find any artists of today who music really move me like the artists of the past . I’m old school all the way baby !

Where do you see yourself in five years ?

In five years I will have dropped at least five solo albums. Launched two Superstars from my label and in production on my first movie that I have written.

Write , direct and produce them. But unlike Tyler Perry I will hire a team to assist . My team will consist of people who are better at me in their specific areas. In fact I already have my fist feature written !

What is it called and what is it about ?

What legacy do you want to leave behind ?

The legacy that I am leaving behind is a great body of work that will withstand the test of time. In me life I also want to be known for being a good person. I stand behind my word and my morals. I will leave the industry before I sell my soul to the devil. Once you lose that you can’t get it back. I’m telling great stories and not just singing about strip clubs and getting money. I am using live instruments, I’m provocative. I don’t want to be just another R&B start but a POP ICON LEGEND!

Well Ronnue I wanna’ thank you for taking the time to sit down and talk to me.

I wanna thank you for having me!

“BE YOUR FREAK” ALL THE MIXES: https://open.spotify.com/album/0kkRRldzgLrCrknDhwIz7F