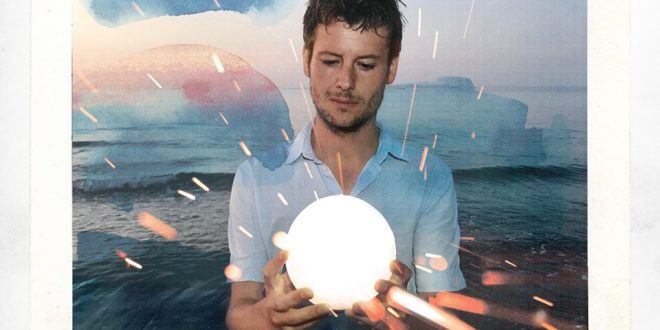 A ghostly piano harmony follows every word Thomas Charlie Pedersen sings to us in the balladic “Green Plateau,” but as strong an impression as this song makes, it doesn’t dwarf the ensuing emotion we’ll soon embrace in the guitar-driven “The World is Not Your Oyster,” the tune that immediately follows it in Pedersen’s new solo record Daylight Saving Hours. The strings dance with the verses in “Blood Moon,” duel with a soft vocal in “Stay True” and circle the audience with a churning resilience in “Sad to See You Go.” The piano strikes with a volatile thrust in “The Witty Moniker” far different than the mild pull we’ll hear in “At the End of the Day,” but as is the case with the string melodies of “The Freewheeler,” the Dylan-esque “Faithful Mistress” and cinematic album-closer “Daylight Saving Hours,” rhythm is but one minor component in the moody soundscape presented to us in this LP. Whether it be the music video for “Must Be The World,” the scene-setting trio of “To a First Love,” “The Meriwether Pull” and “Moveables,” or any of the other climactic moments offered in this sophomore outing from Pedersen, catharsis, introspection and relentless passion are made available to us in abundant supply.

There’s a progressive flow to the tracklist in Daylight Saving Hours that is impossible for even the most voice of music enthusiasts to ignore, and while I can’t speak to whether or not this was intended by its creator, it undisputedly adds to the provocative vibe of the music and makes every song seem a little more important and weighty in tone. The melodies between tracks like “Moveables,” “Faithful Mistress” and “The Witty Moniker,” as unique as they are, are strung together fluidly, as if to hint at an underlying narrative Pedersen is trying, desperately, to get across to us via any means possible. His attention to detail in the mix is commendable, but there’s nothing overthought about the music he’s recorded here; on the contrary, he’s rejecting the very notion of exploiting the stereophonic slate beyond employing it for its proper use – as a blank canvas atop which to paint us a one of a kind portrait.

Whether you’re a longtime fan of Thomas Charlie Pedersen or are a relative newcomer to his sound, Daylight Saving Hours is a must-listen this February if you’re a fan of contemporary folk artists. As the singer of Vinyl Floor, this European up and comer has already exhibited a lot of skill with his voice, but through his burgeoning solo career, he shows us a different side to his songwriting skillset that is undeniably as fetching as it gets in modern alternative music. He’s still coming into his own, but from where I sit, Daylight Saving Hours is a watershed moment for his discography; inside of its fourteen songs, it introduces us to an unrestrained Thomas Charlie Pedersen who isn’t shy about putting everything out on the table both lyrically and instrumentally, and while it’s only his second solo release, it’s decidedly the best music he’s recorded professionally.

User Rating: Be the first one !
Share
Previous “Bullet” by Morgan Mallory
Next When You Coming Home, the debut album from Ruark