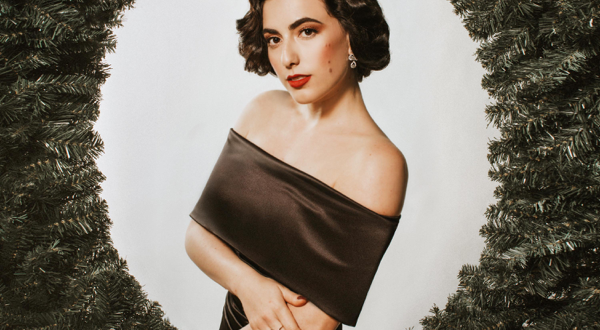 “I Love Christmas” by Cassandra, is a smoking hot holiday tune and that’s only the first thing to notice among the music of this artist from Niagara-On-The-Lake, Ontario. Behind the tune is more than meets the ear, but the artist herself is one to watch for, and that’s the second and more important thing to notice. It’s just good that something like “I Love Christmas” will do it for this great singer who not only cut one of the most enjoyable Christmas songs you’ve hear in a long time, she’s donating the entire sales to Amnesty International, to top it off.

This single should be brought to everyone’s attention world-wide for all it’s worth to bring awareness to the charity and it’s a commending thing to do with such a great tune. Not enough can be said about it, so I decided it’s also worth it to keep up on the success of this track and where Cassandra’s career has been. It turns out Cassandra’s been very busy, having recently, she opened for hit Canadian Country Artists, Aaron Pritchett, Kira Isabella, and David James, in Niagara Falls. She also sang background vocals on the Texas #1 hit, “Restless” by Jake Ward.

I “I Love Christmas” can do one thing it’s bring people closer together in the holiday season, or simply sheer anyone up. The sound of Cassandra’s voice alone is enough to do that, but there’s much more to it, the song is nothing less than superior in every way. You don’t just say that about something, I know, so it’s a must hear if that’s a better way to put it. But not only that, she has a killer voice and that can’t be argued if you really know your singers, no matter what cup of tea they prefer.

I love these lyrics from start to finish and you can’t write a better Christmas song in this day-and age, nor can you sing one. This track deserves to be at the top of the holiday charts, and I hope to see it there. I know it’s a big market and a very hard one to compete in. but Cassandra’s effortless work does the business. It should keep her on anyone’s radar once they hear it, that’s a given just like the song is being give to charity. And I just lover her voice, which is enough for me anytime of the year.

The best thing about a singer to me is their ability to improvise in their craft, and Cassandra sings along with the instruments her like she just sang it for the first time. Her voice is smooth, soft and warm with a slinky vibe, not unlike the classic singers of the late 50s combined with more modern singers like Celine Dion and others. And being Canadian that should come as no surprise, as they’re so talented yet more and more neglected over the years it seems. On that note and in closing, Cassandra is one to watch as the next decade unfolds.