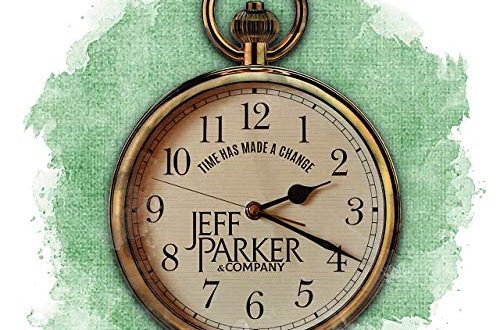 The late 2010s have produced some really strong content from bluegrass artists around the United States, but back in the motherland of Kentucky, Jeff Parker & Company recorded what amounts to being one of their best records yet in Time Has Made a Change. Built on the back of oaky vocals from leading man Jeff Parker as well as guitarist Colin Ray and producer Rickey Wasson, Time Has Made a Change doesn’t attempt to reinvent the wheel with regards to its take on iconic bluegrass rhythms, but while it’s definitely not the only great album of its style to be released in 2019, it’s nonetheless one of the most surreal and unapologetically tender performances we’ve heard from the one and only Jeff Parker in any capacity.

There’s not as much oomph to the tempo in the LP-opening “Southern Wind” and simple “Wrong” compared to what we hear in the excited “Dixieland or Bust” and “Caroline Line,” but even in Time Has Made a Change’s most pendulous of moments, there’s a sense of urgency to the band’s play just the same. Bass player Andy Brown provides banjoist Joey Cox with a lot of room to spread out the melody in “Wrong” without trampling on the soulful harmony that Ronnie Stewart’s fiddle parts conjure up, and while the spotlight is mostly trained on Colin Ray’s deliberate dispensing of verses in “While Endless Ages Roll,” it’s not so vocal-focused that we’re unable to enjoy the other elements in the instrumentation as well.

As powerful as all of the string play is in Time Has Made a Change, there are a few moments in the album where the singing probably affected me the most out of any component present in the music. “Time Has Made a Change in Me” and “You Can’t Break a Heart” are two of the best vocal performances that Jeff Parker has put onto master tape in a long time, and though he could have used a boost in the mix during the climax of “Southern Wind,” his lead still stands as the most endearing part of the entire track (for me at least). He’s grown into his voice over the years, and anyone who thought they’d heard his best work in previous efforts will be pleasantly surprised at what they discover here.

Whether you’re familiar with the different works of Jeff Parker & Company or not is irrelevant when considering its tracklist this November; I highly recommend it to anyone who calls themselves a bluegrass aficionado, and really anybody who has an interest in the music of our shared American lineage. I would think that both country and folk audiences could find something to fall in love with amidst the gilded strut of tracks like “What About You,” “You Can’t Break My Heart” and “He Guides My Life,” but even if this record’s success remains limited to the bluegrass community alone, it should absolutely be regarded as an important milestone for Jeff Parker’s brand. He’s come a long way since his salad days, and he’s certainly not showing any signs of slowing down soon in these most recent recordings.

User Rating: Be the first one !
Share
Previous Deep in the Water (Redeux) by Gary Douglas Band
Next Cassandra drops new Christmas Single