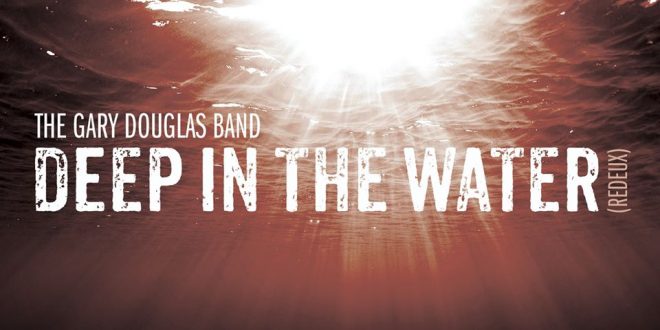 Deep in the Water (Redeux) by Gary Douglas Band

The Gary Douglas Band’s “Deep in the Water (Redeux)” communicates its subject with sharp and muscular lines embracing imagery above all else. The percussive quality of the individual lines gives Douglas’ vocal a lot to work with and he doesn’t disappoint. He twists the lines and language to his uses as only skillful singers can – he doesn’t possess a classically beautiful voice, but Douglas shows wide emotional range helping to give “Deep in the Water” more flavor than it might otherwise possess.

Even if it has the typical thrust and design of a protest or singer/songwriter track, Douglas and his fellow musicians infuse it with dramatic urgency thanks to its structure and well-chosen notes along the way. Douglas and his collaborators understand what you leave out is even more important than what you add to a song. The musicianship driving this song is always artful, yet considered.

His representation of clients harmed by DuPont’s illegal release of a dangerous chemical into the Ohio River prompts this song, but Douglas transcends the facts of his legal work and creates a scathing indictment of an era in our national history allowing such bad actors free reign and the needed power to obscure or hide their crimes. “Deep in the Water (Redeux)” has a lyrical tone he adopts from classic protest music though there’s a stronger poetic pedigree dominating this song as opposed to more prosaic and literal lines. Douglas brings every ounce of passion for his legal work to the song as well and it comes across in both the writing and singing.

Emotionally stinging electric guitar and Ton Curiano’s physical drumming make the biggest instrumental impacts on the track. It’s a stalwart move linking electric and acoustic guitar together for a track and it pays for the Gary Douglas Band as the pairing of Douglas’ acoustic rhythm with Jeremy Goldsmith’s electric guitar packs quite a wallop. One can only expect that the remaining songs on the future full length album release Wild Life due in 2020 will explore similar musical terrain and scale the same anthemic heights.

His renown as a litigator has never dimmed the artistic impulse beating within. Gary Douglas has released music since 2014 and the five years since have allowed him to build a reputation for memorable and impassioned performances incorporating rock and Americana. A shower of praise has accompanied later releases as well. He makes another wise decision including a promotional clip with this single that further underlines the song’s message while retaining an artistic touch. It is the crowning touch of this package. Let’s hope Gary Douglas’ voice keeps being heard for many years to come.

Songs such as “Deep in the Water (Redeux)” give voice to the voiceless but they also stand as stark testimony in music for a moment in history. We need documents like this speaking to future generations about the challenges those who believe in justice face throughout their lives and drawing lessons from their bravery may inform what others do. The inspiring effects of this song are beyond question and so is its artistry.