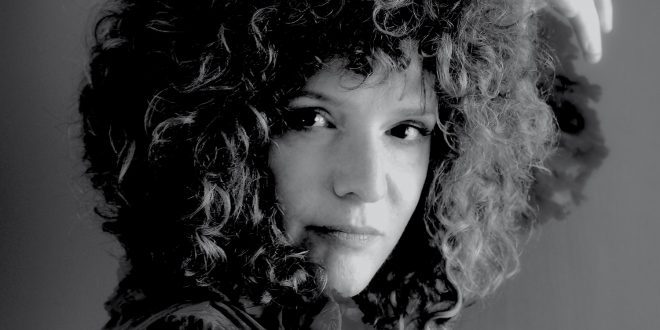 “She Wants What” by Lily Vakili Band

“She Wants What” is the first single from the Lily Vakili Band’s soon to be released EP Set of Seven, her second release in two years, and sets the table well for this new studio outing to make a big impact. Born in Honduras during a coup to an Iranian father and Irish mother, she adopted some of her Jack of all trades skill set from her father, an artist, boxer, and scientist who traveled across the globe studying plant-borne diseases, and that same wanderlust has defined her own adult life as well. She has worked in a variety of fields, law, dance, acting, research, and waitressing to name a few, before finding her path as a musical performer. She brings unbridled freedom to her performance here and the band proves to be the equal of her on every level.  “She Wants What” is an anthem, but never in the cheesy mainstream sense of the world – you’ll find no theatrical choruses, no ethereal harmonies.

This is digging your hands into the dirt inspiration at its finest. “She Wants What” is connected to what the Irish poet William Butler Years once called “the fury and mire of human veins”, intensely alive, and unafraid to announce itself to the world. It roars with an immense appetite – you can hear the desire for life’s experiences in all their rich and varied glory sparking from each line of this performance. The guitar beginning the song is our first signal of this, but the point is underlines and writ large once Vakili’s voice enters the picture and the song grabs your heart in full, determined to never release its grip. Few listeners will want it to.

So much of modern music sounds and feels like paint by numbers, reliant on time-worn tropes and formulas, or else plotted out to maximize its commercial potential. You get none of that here. Instead, the guitars, rhythm section, and vocals alike have a live wire first take quality – it often sounds like they had a brief run through of the song before deciding to commit this performance to a recording. Moreover, “She Wants What” is surprisingly open-ended. There’s something about this track that suggests, to me, Vakili and the band are capable of and would give a little different spin to it with each new performance without ever losing its essential character.

That’s always the mark of a first class track. The production frames the performance in the best possible way – everything is in the surface, balanced right, and there’s no post-production trickery laid over it to disguise its flaws or give it a fake needless shine. It’s as honest as a heart attack and doesn’t pull any punches. We need more songs like “She Wants What” in 2019 and beyond to keep the music loving public connected to what rock music at its best remains capable of accomplishing so, in closing, let’s say a small prayer – please, universe, send us more Lily Vakilis to clear away the bullshit.