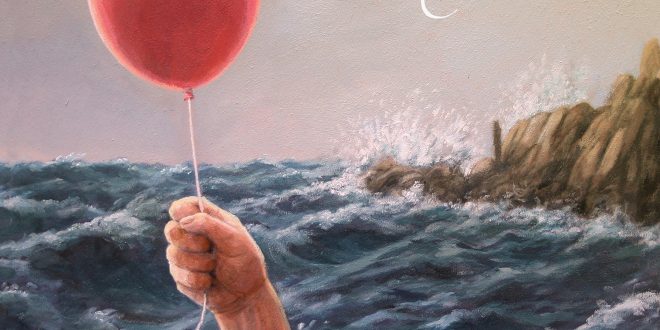 “When You Think No One Loves You” by David Leask

Alone at first, a piano stumbles into the opening of “When You Think No One Loves You” like a lonesome drunkard looking to find some solace in the loving arms of a local pub, but only a few seconds into this new track from David Leask, Leask himself enters the picture with a voice that soothes the desperation of the keys like nothing else possibly could have. He sings of depression, and all of the cursed feelings that come with it, but there’s a bit of optimism in his voice, as though he’s somehow going to lead us out of the darkness and into the light over the course of the next four minutes.

The piano is accented with an organ as we get deeper into the song, and a distant voice begins to harmonize with Leask’s own. There’s a separation in the rhythm of the four working parts, but this creates no discordance whatsoever. Like witnessing the sun coming up after what felt like an endless night of sorrow, “When You Think No One Loves You” begins to change in tone and melody before our very ears, inevitably becoming the bright and shining day that we never knew we needed.

Even if his new song hadn’t been mastered by the incomparable Peter Moore (whose previous credits include working for the legendary Bob Dylan), David Leask breathes so much life and emotion into the verses in this track that it’s hard to imagine it not being an incredible listening experience. “When You Think No One Loves You” is structured like an old fashioned soul song, but when slowed down and filtered through a master class-level mix, it comes out sounding and feeling like a futuristic look into romantic pop music (without all of the loose ends that the genre’s more experimental acts have been producing in the last five years).

Stately and with a beaming melody embossed onto the memory of anyone who has been listening, “When You Think No One Loves You” concludes in a whisper not unlike the one that it started off with four minutes earlier. I was not at all familiar with David Leask’s music before, but at the recommendation of a colleague I gave this recent release a shot and quickly understood why he’s become such a stalwart of his Canadian scene in the last couple of decades. It’s terrific stuff, and anyone who likes a soft pop song should check out this track, its parent record (the Six in 6/8 EP) and its lovely music video as well.

User Rating: Be the first one !
Share
Previous Cassandra drops new Christmas Single
Next The Keymakers