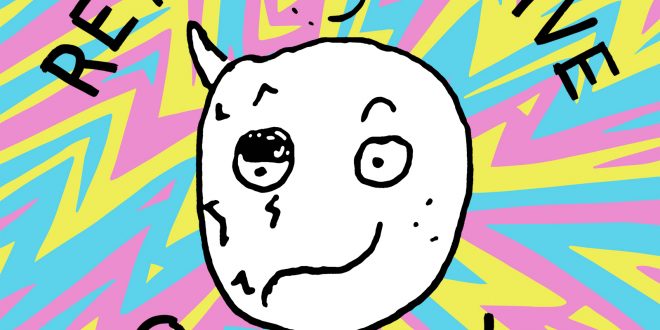 Chugging out of the silence with a lusty charge that is rooted in classic rock aggression, the deluge of distorted strings that adorn every beat in Chris Mardini’s “Retrospective Outlook” go unmatched and unrivaled this year (and unless there’s a drastic twist of fate for American rock music this fall, they could go unbeaten as the decade comes to a close). The riffs are righteous in this new single from Mardini, a rookie alternative rock singer out of New York who has been getting a lot of press attention lately – through all of the hype hasn’t come without just cause. “Retrospective Outlook” might be a basic rock single that has little in common with the elaborately designed fodder we’ve heard from his major-label counterparts this season, but it’s adherence to barebones aesthetics and an unfanciful, filler-free ethos is why I’ve become as enamored with it as I have recently. Chris Mardini is playing for the sake of playing, and while he’s still got a lot to prove to the establishment, he’s going a long way towards attracting a dedicated fan base with the release of this track.

There’s a strong progressive feel to “Retrospective Outlook” that is difficult to ignore even in casual listens. Slowly, the song blossoms from a punkish stomp into an industrialized groove number while adding a few discordant harmonies along the way. Mardini gets out of the first chorus and immediately flips the switch on us as he starts rapping with a freeform flow that syncs up with the vicious churn of the rhythm perfectly. Before pointing us towards the exit, the track breaks apart into an atmospheric ballad for a second, as if to freeze-frame everything that’s just transpired so we can study the context of what Mardini is trying to tell us here. We round out the song in a fading tizzy of fireworks, and I must admit that when the silence finally overtakes the melodies, it’s awfully tempting to play “Retrospective Outlook” all over again. The eruption of youthful excitement binds all of the varying parts together in this single, and even though it’s quite a hooky composition, I don’t get the impression that it was designed exclusively for the purpose of getting this artist into steady rotation somewhere on the FM dial.

I wasn’t aware of what Chris Mardini sounded like before I got ahold of a pre-release copy of “Retrospective Outlook,” but I am really digging what he’s doing in this song. Not only was I shocked to learn that this multitalented musician is only 17 years old, but that this is one of the first times he’s even recorded professionally. He’s got none of the amateurish jitters that I’ve come to expect out of most any studio novice, and it definitely makes me wonder how good he’s going to be in the future if he’s already this proficient right out of the gate. Time will tell for sure, but judging from the road he’s on right now, I think that there’s a good chance we’ll be hearing more hits from this fledgling pop musician much sooner than later.