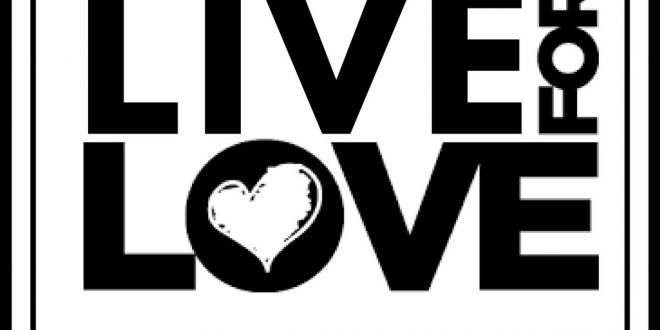 Singer, songwriter, and multi-instrumentalist Darian’s solo project, Living Darian, reaches new heights with his latest studio release Live for Love. Some may balk at an eighteen song selection for this release but I can say, without reservation, there isn’t any obvious filler dragging down the collection. Moreover, it isn’t an album you need to hear from beginning to end to appreciate its impact – listeners can dip into the release at any point and discover bountiful riches.

Darian fields a small assortment of guests to help him realize the potential of some songs, but he is an one man creative whirlwind for much of the release. We don’t hear enough of these types of artists anymore – musical forces of nature that defy genre labels and exist in their own universe where all things are possible. Darian maintains there’s nothing he can’t do musically and even a single listen to Live for Love will likely convince you.

“Hit the Highway” highlights Darian’s rock influences while retaining a strong connection with hip hop as well. There are some effects applied to the guitar playing and synthesizers flare at key points during the performance, but the track has a strong live feel despite its studio origins. A lot of studio hip hop tracks struggle making the transition into live performance but it’s a hallmark of Darian’s music that, almost without exception, you can imagine these cuts playing well for live audiences.

The first track featuring a guest performer comes with “Fork in the Road”. The intimate nature of the lyrics reflects Darian’s commitment to substantive content – there are no facile tracks about bling and other shallow concerns dominating Darian’s music vision. Quin B.’s vocal contributions approach a near duet level, but Darian’s presence remains central in the performance.

Jangles, guest vocalist on the title track’s first iteration, has a reduced presence in comparison, but supplies a compelling contrast with Darian’s voice. Darian subscribes to the idea that an album’s title song should serve as a definitive statement of sorts and this assertion of his identity and worldview benefits from a potent mix of traditional instrumentation and modern hip hop touches.

“Can’t Stop” has a strong presence of electronic instruments and a physical arrangement that will get listeners moving. It’s one of the more entertaining numbers included on Live for Love. I particularly like the rhythm and how Darian alternates between a soulful vocal and his clipped, percussive hip hop phrasing.

The fat bass pulse at the heart of “Steppin’ Out”, featuring guest Born Divine, never obscures the funk influences fueling this cut. This is one of the more out and out modern tracks on Live for Love and, much like the earlier “Can’t Stop”, rates high as one of the more entertaining entries on the release. His call for togetherness and community, “One Song (We Are One)”, again balances a straight forward vocal with his rap talents to excellent effect. Despite its plea for unity, the track has a certain downcast tilt that, to me, acknowledges how dire things have become for such a song to even be necessary.

Darian revisits the title track for the album’s finale. This performance of the track features him alone, no guest vocalists needed, but differs little from the earlier version. It is appropriate, however, that Darian ends the release in such a way. Concluding the album with such a deeply felt personal statement closes the release with an emphatic final curtain underlying all of its virtues and setting the stage for his future. We will be hearing more from Living Darian for years to come.