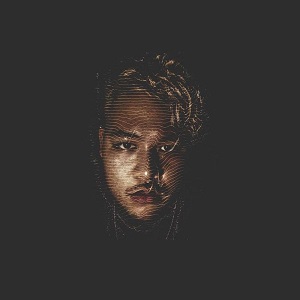 For some of us who keep up with the pop beat on both sides of the dial, the insularity of the mainstream and its most popular artists’ output has become more than a little hard to deal with in 2020 – honestly, it’s a rather shocking and deafening response to what listeners have truly been craving this year. The real elite class in the pop genre has been forming out of independent scenes like that of Chris Ning’s, where the young singer/songwriter has been cultivating a sound his and his alone in the past eight years. Ning’s new single “Explode” is a product of his experience, but more importantly, it’s the result of his deep-feeling soul maturing into a modern melody master.

First off, let’s start by breaking down the video for “Explode.” Visually speaking, it features more of an open feel than I’ve seen in a lot of music videos for similar songs this fall, and none of the surrealism components feel like they were included in the document after the fact. With a trending postmodernity sinking into everything from hip-hop to pop, rock and even ambient music, it would be easy to see where Ning might have felt the desire to go simple and follow the same road as his peers, but instead, he’s boldly striking out on his own here (and winning my respect because of it).

Ning’s vocal is the main source of vulnerability in this piece, but I don’t think I would call it the lone element that embodies an exposed feeling at all. Actually, there’s something a bit more breakable to our singer’s relationship with the initial acoustic fretwork here that I would love to hear him revisit in another composition down the line. The rustic tonality meshes with his sophisticated serenade gorgeously, and it actually makes me want to hear him perform live more than I did beforehand.

The layered master mix for “Explode” works perfectly for the kind of narrative Ning is straddling with his lyrics and the brief message included at the end of the music video, and personally I think a streamlined approach would probably have made everything feel a little less direct. If the goal was to get a conversation going when all is said and done, it’s met and then some on this occasion, leaving only action on the part of listeners to be carried out in how we treat each other in this society.

Chris Ning undisputedly has a big future ahead of himself in the music industry, and if there were any critics debating that ahead of his new single “Explode” getting into steady rotation on the college radio dial this season, I think they’ll be rightly silenced a lot sooner than later. This is aural proof of his eminence as a singer and arranger, and while it might not be enough to secure his ticket from the Canadian north to the sunny Californian south, it adds to his credibility tremendously for listeners in all corners of the world.