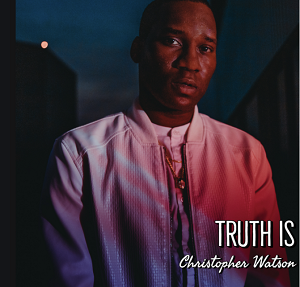 Pop reached a point of stagnation once more about two years ago that has seen some of its best players experimenting with the parameters of their own sound in the time since, and in this spirit, Christopher Watson’s “Truth Is” delivers perhaps the perfectly progressive R&B experience to suit the needs of millennial listeners everywhere this season. Watson has been in this business for a little while now, but here he seems just a bit more relaxed in his delivery than he has in previous sessions. He’s letting go of any preconceived notions of what his style should or should not consist of, and in this single showing us just how diverse a player he truly is.

The music video for “Truth Is” has an almost familiar vibe to its imagery that at first made me think of the home movie concept, but it isn’t without a certain urbane edge that separates the big leaguers from the minors. There’s definitely some surreal qualities to the way the video plays out, but never once is there a moment in which the music isn’t the primary catalyst for its expression. That might be hard to imagine given the degree of intricacy afforded to every frame, but it’s nonetheless true.

This vocal harmony is absolutely one of the best I’ve heard all year, and best of all it doesn’t sound as though it’s been Auto-Tuned to death. I’m not throwing any shade at the scores of cloud rappers to have found some success in the last year or so, but there’s something entirely different about the warmth of a performance like that of Christopher Watson and the hollow-toned cosmetics of Lil Baby’s new content. Watson has more heart in his execution by leaps and bounds, and it’s obvious simply in the way his vocal has been left completely untouched (and thus unfiltered).

There’s a personal feel to the lyrics in this song that, no matter how hard you try, there’s simply no evading in the three minutes or so that “Truth Is” lasts, and I think this is quite indicative of just how willing this singer and songwriter is to be exposed inside of the studio. Vulnerabilities others would just as soon try to bury in the mix with a lot of percussive oomph and synthetic filler of all sorts are made to be the primary focus in this material, which not only adds to the mood of the music but further clarifies Watson’s priorities as an artist.

A sensitive addition to his discography that cannot be minimized for anything, Christopher Watson’s “Truth Is” just so happens to be among my favorite alternative R&B tunes to hit record store shelves this month – and I don’t know that I’m the only critic who would say so right now. This is a man who has all the right moves to really do some incredible things on both the independent and mainstream levels if given the proper opportunities to blossom, and here, he’s doing his part to advance a creativity that is more than worthy of attention from audiophiles around the globe.