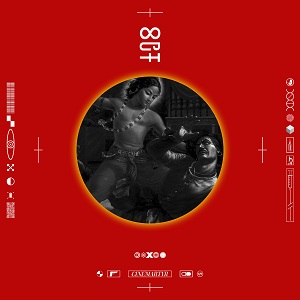 Noise-rockers Cinemartyr have a particular philosophy when it comes to making music – “the body dictates the note” – and it’s very much in this spirit that we find their new album  sounding like one of the more imposing releases of its kind out this summer. From the moment the suffocating “Terms and Conditions” is pressed upon us, it becomes quite clear that Opt Out is a highly industrious effort devoid of synthetic buffering of any kind, which makes some of its most melodic moments some of its mightiest as well. Eclecticism is still a part of the modus operandi, but it’s presented with a much more aggressive tone here.

While there’s a lot of insular mixing in this record, tracks like “Art Forum” and “Water Graphics” feature such smothering EQs that it’s difficult to evade the punch of the music even at a modest volume. Everything in Opt Out was designed to kick us in the gut whilst suggesting an ironic hesitance that contrasts with the drive of the band just enough to make things interesting in the simplest of moments here. There’s a lot of indulgence in spots, but it’s necessary for us to appreciate the depth of the artistry Cinemartyr is utilizing.

Whether it’s the crunchy “No Legacy” or the equally punky but slightly more metallic “Delete Yourself,” you can tell that industrial rock was a very big influence over this new material the band has been working on, but it gels with the noise undertow of their style brilliantly. Shades of Jawbreaker, Swans, and Ministry come together to form daring concept pieces in “Cancellation Policy” and “I Want a Gun,” both of which feel like greater hybrids than anything else I’ve heard on college radio over the past few years.

The lead vocal we encounter throughout this tracklist matches the tonal presence of the instruments excellently and without breaching the limits of a jagged harmony in “Dead Influencer” or the more visceral “Meth of the Masses.” I don’t think there’s any overstating the value of the poetic structure in these pieces, but I can’t really envision them sounding the same with a different player at the mic. There’s something fragile in this setting, and it’s made all the more intriguing to us through the consistently grainy backdrop every one of these verses tends to be afforded.

For years now Cinemartyr has been getting a lot of praise in the New York underground for their experimental ways, and this is undeniably yet another interesting layer of their sound that I was not expecting to hear when I sat down with Opt Out this June. The commanding attitude of the players is one thing, but their ambitiousness as composers is simply out of this world to me as a critic and as a longtime fan of noise music. The avant-garde rock aficionados of the world will certainly agree when I say this is a hard LP to put down, and not solely because of its cosmetic intricacies – many of which lend an even deeper meaning to much of the included content.