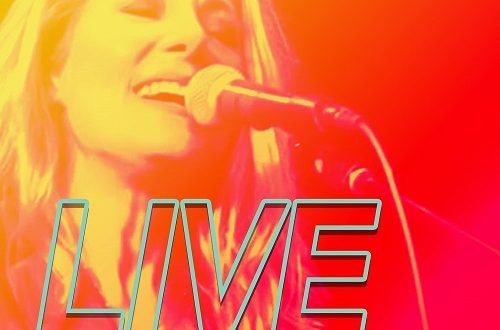 Francesca Beghe Live presents the wildly talented veteran vocalist in fine fettle. The fourteen songs included on the release, drawn from Beghe’s first three live performances with a full band behind her in twenty-plus years, are an indistinguishable blend of originals and covers. I say indistinguishable because nothing Beghe does ever smacks of Memorex; she owns the covers as her own every bit as much as the songs she’s penned rather than trying to regurgitate them for listeners.

The experiences of a lifetime are collected here. Her song selection tells listeners the story about Francesca Beghe, even the covers. “Enlightenment” is a lesser-known 1980s Van Morrison track about struggle – the ongoing fight to clearly see the universe and our place in it – with a redemptive edge. Many of the songs are propelled by a tapestry approach. Beghe and her collaborators thread elements of the song, guitar, drums, bass, and so on, into a coherent whole. “Enlightenment” exemplifies this and never sounds pieced or patched together.

She shifts gears into a gritty and slinky blues. “No Use Talkin’” simmers for the most part, but Beghe and her bandmates dial up the heat at the right places. It is said that a band is only as good as its drummer and, if that’s true, you’ve unlocked the secret to what makes this cut so good. The effortless swing picks you up from the outset and it’s an enjoyable ride. “LA Came to Meet Me” is one of the album’s smoothest efforts. The chemistry between Beghe’s lead vocal and the light backing vocals casts an early spell and, once again, the drums spur the song’s most dramatic points.

“Your Love Changed Everything” is one of Beghe’s warmest tracks and her spirited rendition of the song rates as one of the album’s best moments for me. The Organ has played an important role in a couple of the album’s songs and its impact on this track can’t be overestimated. “Little One” is cut from the same cloth as its predecessor, but it’s much more muted, and adopts a more pensive sound. These tracks, as a pair, will be a peak part of Francesca Beghe Live for many.

The piano contributions to “Requiem” provide a leavening touch for an otherwise dark interlude. It’s welcome, however, because it illustrates the far-ranging diversity of the collection, she never settles with one mood for long, while retaining an underlying consistency. The deliberate vocal melody is fitting and gives Beghe an ideal forum for depicting someone coming to grips with powerful emotions.

User Rating: Be the first one !
Share
Previous Chris St. John “Fly Away” (LP)
Next Cinemartyr “Opt Out” (LP)