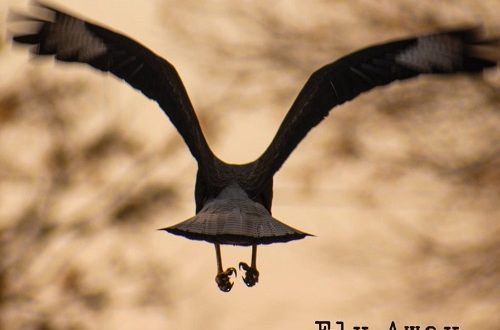 4 weeks ago MUSIC REVIEWS, PICK OF THE WEEK

From the moment we press the play button on the warm, sunlit string play of “My Sunrise,” it’s obvious that we’re in for a special treat in the new Chris St. John album uncommon on the mainstream level of country music nowadays. While St. John isn’t reinventing the wheel with Fly Away, there’s no getting around his ambitiousness as a singer/songwriter here, melding some of the best qualities in country, folk, Americana, and roots music that are often ignored in the face of creating pop accessibility.

The rustic tone of the guitars in the title track of Fly Away as well as the gentle rock of “Hold On” wouldn’t make sense on the conventional side of the dial anymore; this is at once pure and alternative, which makes quite the statement about where Nashville is at today.

“Look For Me” has a rather complicated arrangement in comparison to the first three songs on this record, but it doesn’t overshadow the other material with virtuosities; that said, its chorus harmony is one that gives me chills every time I listen to the track. “Missing You” is a nice segue into “Walk Between the White Lines,” the most distinguished folk-rocker here, and I think the latter would make for an especially hot single this summer. “Disappear” is basic balladry with a heavy dose of panache from its lead singer, and although I think it would have been better suited at the start of this tracklist than right in the center, it doesn’t break up the continuity of the material at all.

Despite its title, “Nothing Left to Say” is among the more communicative works in this LP, and its use of rich overdriven guitars is the perfect introduction to the more brooding tone of the sophisticated “Me and You,” another prime cut from this collection of songs. “I Need a Horse” has a bit of camp on its bones, but even its accented inclusion here doesn’t feel like filler for anything; it’s just as much a character song as “I Still Love You” is. Both the wedding version and standard cuts of “I Just Knew” are worth listening to here as well, and overall I don’t know that there’s a single song that comes across as thrown together or lacking in heart in Fly Away.

Chris St. John is an underground voice at the moment, but it’s hard to see him remaining a well-kept secret as this material starts to trickle over to the mainstream in a summer that critics like myself have already dubbed one of the biggest country music is going to have seen in some time. Fly Away hits all the right marks and crosses into all the right territories for it to be considered a real turning point for any artist attached to it, and based on what he’s doing with his skillset in this record, I don’t think we’re going to hear anything but quality work from this player in the future. He’s onto something good, and those with a serious interest in old-fashioned country are going to take notice.