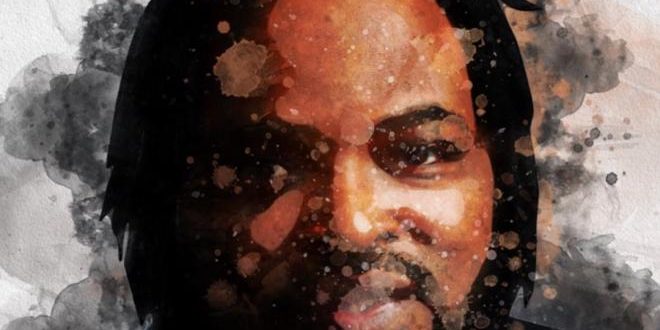 The Four Sonics are the Detroit vocal group behind such hits as “It Takes Two” and “You Don’t Have To Say You Love Me.”

Born in Dallas, Texas, but raised in Detroit, Mich., Morgan’s single “Taste For Love” showcases the singer’s hunger for passion and admiration for a loved on. The song is just over four minutes and is delightfully fun. While the lyrics are generally pop (not a ton of depth) it’s a very entertaining and captivating song. The different stanzas were probably my least favorite parts of the song, but I got over it after a few listens. The hook is just that – it gets you going and gets stuck in your head immediately. If you’re stuck on wanting more out of your listening experience, then keep giving this track a chance. I was a bit disappointed to not hear more flavoring associated with the Detroit sound (like brass or even ear-bending guitars), but alas, I got over it.

Morgan’s true talent might be his vocal delivery. He’s polished enough to sound like he’s at home behind a microphone. His little imperfections like breathing too hard or subtle gasps are what make “Taste For Love” all the more interesting. Most musicians nowadays have access to recording equipment just behind a keyboard. Their perfections can often make songs sound so fake and overproduced. Morgan’s personality comes through and beads through the speakers like sweat after a hard workout. The colors that he paints in this song are blues, purples and passionate reds. This is music to get with your lover and a song to get lost in the bedroom to.

“Taste For Love” isn’t a fast-moving song, but it still has a hip-moving vibe. It’s not aggressive at all.  See above about getting ready in the bedroom. Factor in the impressive music bed, beat and Morgan’s crooning and you’ve got a great addition to your music collection. I’d suggest this song if you’re fans of Whitney Houston, Usher, Michael Jackson, Janet Jackson and perhaps Prince. (Morgan stated in a recent interview his dream tour mate is Janet Jackson at the Madison Square Garden). If you’re appetite is bigger and you’re looking for something heavier in R&B, let’s see what the future holds for Morgan. We just don’t know yet. This is just the first course. I have a feeling he’s readying the next big course already.