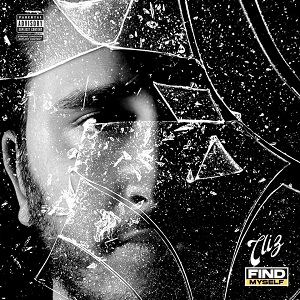 We never stop growing, even when we think we’re done. Take rapper Cliz of his hit new drop “Find Myself.” He’s gone on record as saying that early on, he wasn’t the biggest fan of Rap or Hip Hop because he hadn’t really been exposed to anything that truly connected with him. He cites his move to Florida in 06 as a massive turning point as he became swept up in the work of Lil Wayne and his usage of duel meanings and the ability to make an audience laugh. With that, Cliz had a standard amateur rap origin, making the most with not much than a cheap mic, some friends, and a few beats and here we are today.

The first thing Cliz declares on “Find Myself” is that he took some time away and that much is obvious, he hasn’t had a major release since 2019’s “Ease My Hunger” which was a 6-minute reflection on where he’d gotten to and the frustration from his peers and critics and how he’s been trying hard since the day he first landed in the Hip Hop field. Two years later and we find him more vibrant than ever, in such a stark contrast to his last release, and when he exclaims his happiness over his return, you can really feel him smiling in the recording booth.

He cites his family and friends as having gotten him out of his funk, but also looking inwards and getting painfully introspective about how much it’s taken out of him to get here. He’s been a firm believer of revenge being the best success and even when he takes shots at his competitors on this track slamming them for nonsense lyrics and over the top delivery, he’s still gracious enough to say “game recognize game”. That’s real maturity that you hardly get in rap. It’s not all heavy and dark, in fact, this is the kind of song you wanna blast on a summer day, vibing with friends or just being by yourself and hyping you up before doing anything. Cliz is getting back to feeling invincible and It shows and his execution is flawless. His bars are strong and funny and his beat is simple, clean, and booming.

You can definitely blast a song like this on your own and I’d recommend at the loudest you can to really feel its full effect, but listening to it on your headphones gives it a real intimate feeling. Like boxers who listen to music before a fight, there’s an isolated quality, like this is an affirmation for you and you alone and it’ll leave you ready to take on anything. It’s got a dope music video too of Cliz searching for his old dark self in the shambles of busted down homes and the swagger he has moved his body with every gesture towards the camera and even far away from it, you just can’t take your eyes off the man. Cliz found himself, and he’s not even done yet.