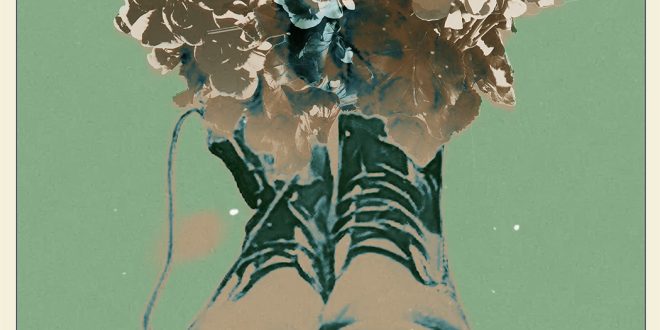 If a song has the opening line “And then I saw you, breakfast table at Lo-Fi Betty’s, making love to your biscuits and gravy, that big gorilla on your arm,” there’s a high chance no matter what follows could turn my enjoyment of the track sour. For “Dangerous” by CrashMonkeys, everything that makes up the rest of the song is just as good as the opening line — what felt like a lost relic of songs from yesteryear has returned, and the funky, danceable garage-rock melody has resurfaced! With that opening line, it’s obvious that CrashMonkeys don’t take themselves too seriously, and in 2022 that’s a lesson we all could learn to vibe with. The music isn’t dour or cynical, it’s upbeat and a total blast to dance to.

CrashMonkeys seems to be a very transparent band; looking at their website, there’s a single blog post about the economics of music streaming versus buying your favorite artists’ music, and they instantly call themselves out as a band that probably won’t become famous — it’s a rare position to read directly from the mouth of the band but they go on to say that they don’t aspire to be famous, they chase the rush of making music because the creative process is what makes it all worthwhile for them. I know, this sort of transparency with contemporary artists would require more than one session of pulling teeth, so this little declaration is refreshing, to say the least. “Dangerous” feels like the exact result of a band whose priorities seem set entirely on crafting fun and memorable tunes first, and their public image/trajectory last. There’s no sneering, and no self-aware jabs — just great tunes.

“Dangerous” is the lead-in single for the first CrashMonkeys EP, titled Love and Kicks, which is set to have a Fall release. In the same blog post, the band says to expect a couple more singles within the summertime, and “Dangerous” is a perfect first step to whet the palate. Their sound draws similarities to Devendra Banhart, Foxy Shazam, and Franz Ferdinand, and if their future output decides to match the same far reaches as these bands, there’s no telling the heights CrashMonkeys could reach.

One further thing worth mentioning is the fact that CrashMonkeys is a trio, as they pack a musical punch and trios tend to be far rarer than you’d realize. Stel Furet is the frontman, providing guitar, vocals, and bass, as Chuck Keller also provides guitar and bass, and Mary Corbin performs on the drums. Furet has a good deal of experience under his belt, as his own EP Human Nature Machine was released this year and features a little bit of a mellower approach in its jazzy, soul-rock ambitions. There are roots far beyond the cabaret funk that CrashMonkeys are exhibiting in their first single, and I can’t wait to see how Furet’s solo work gels with the band’s future. It’s exciting to dig into a group so focused on the art and not the fame, and so rewarding to get songs like “Dangerous” as a result. Love and Kicks can’t come soon enough but in the meantime, I’ll be over here getting down, dirty, and “Dangerous.”