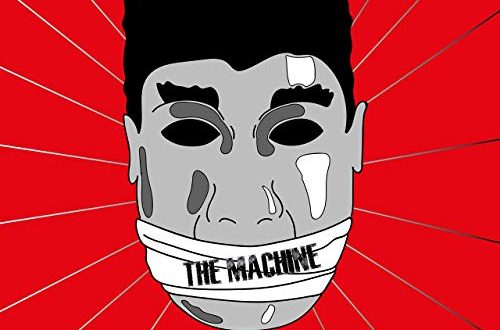 “Darling Anna,” the debut single from 2.O.F., rises out of the silence with a boldly stylish blanket of synthetic major key notes, each cascading from above like tiny droplets of sonic rain. Their collective melody is startlingly tangible and quickly wraps around us like a warm blanket in the dead of winter, but the fun is only getting started in this sexually-charged opening salvo. A voice as soft as velvet suddenly cuts through the undisturbed rainbow of instrumentation, a bristling beat joining it in the foreground of the mix, and we’re given no choice but to fall into the wide-open arms of the music and its affectionate groove. There’s no stadium-rocking guitar solos, no shimmering percussive clatter in the backdrop; when you’ve got a harmony as rich as this one, you just don’t need that sort of pedestrian ribbonry.

The verses are as fragile as the vocal conveying them is, but there’s scarcely a dull moment in the buildup to the chorus here. The first half of the song has as much pent-up emotion as a growing pains-afflicted teenager would, but there’s hope waiting in the ensuing chorus’ wallop. All of our senses are connected in this ascent towards the fever pitch of the track; the drums haunt the shadow of the bassline while the vocal endlessly pines for a love that seems increasingly fleeting as the words fade into the ethers from which they first emerged. We’re right there with our singer in this fight to save his romance, and he isn’t letting either of us back down from the battle.

As the chorus takes hold of our hearts, everything in this single seems to get louder and prouder than it was in the first forty seconds of the song. On every occasion that we make contact with its heavy-handed hook, all of the understated passion in the singer’s voice comes flooding through the air, and we’re instantly put in his shoes, looking at the world through his eyes. It’s a powerful moment, possibly even the most evocative point in 2.O.F.’s debut record The Machine, and as I think about the way that this summer has been shaking out in both the mainstream and the underground, it’s potentially a highpoint for 2019’s pop music lexicon in general.

Crisp crooning and a formidable thrust of the drums brings “Darling Anna” to a conclusion, leaving in their wake only the echo of the synthesizers and memories of the harmonic tidal wave that they created. I’ve been a fan of electronic pop music for a lot of years, and it’s more likely than not that if you share my devotion to the genre, you’ve noticed its immeasurable evolution in the past decade. Artists like 2.O.F. are changing the way that we listen to conceptual melodies, and in EPs like The Machine, we get an inside look into what the future of pop could sound like, were it to welcome the angular experimentations of a creative titan like Tim Milliken more often than it presently does. This song was made for both daring at-home listeners and those who occupy the dancefloor, and I don’t think it will have a difficult time raising some eyebrows among either group this month.

The music of 2.O.F. has been heard all over the world due to the promotional services offered by Danie Cortese Entertainment & Publicity. Learn more here – http://www.daniecorteseent.com/