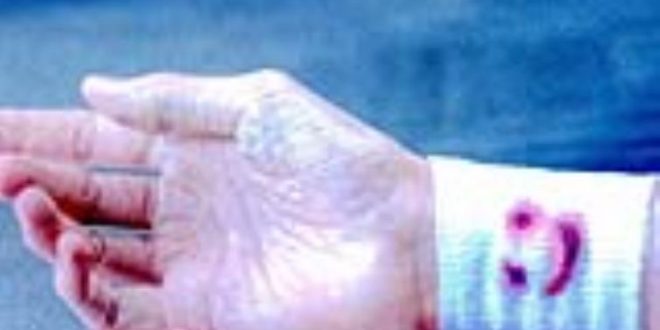 Drums that replicate a heart beating at the speed of love are igniting a blaze that won’t burn out in “Chemical Smiles,” the new single from Ronin, but they’re not the only agent of evocation lining the sonic walls of this stately exhibition in eccentric musicality. “Chemical Smiles” has the framework that nightclub disciples require in a soundtrack to that never-ending Saturday night we all live for, and in the three minutes and change that the song lasts, you’ll find yourself as tempted to hit the dancefloor as you are to spin the track all over again once it comes to a stop. Pop has been an exciting genre of music to cover this season, and indie artists like Ronin, whose boundaries are set only by their imaginative creativity, are the biggest reason why.

The instrumentation here is produced with a lot of attention to detail, much as the vocal is, but there’s never any question as to who the real star of “Chemical Smiles” is. Ronin exerts a lot of energy from behind the microphone, and he’s careful to make sure that his most cathartic emissions are perfectly timed with the explosive beats that the drums have to discharge. There are a few moments where the synths make a play for superiority, but even at their most intense and unwavering, they’re never as sensuous, nor as emotive, as the verses are on their own. I don’t recall the last time that I listened to club music with as much of a lyrical centerpiece, but I like what I’m hearing in this song just the same.

If Ronin’s performance in this track is any indication as to the kind of production he’d have on stage, in front of hundreds – if not thousands – of people there to cheer him on, then he really, incontrovertibly, is the full-package as a solo artist. I think that he could do this electronically-faceted material just as well as he could something more soulful and relaxed in tempo, and both sides of the R&B spectrum could use someone of his charismatic panache right now. The financial successes of his mainstream counterparts have led to a stagnation in the genre as a whole, but this kind of independent stylization could set him apart from the crowd in all the ways that count the most.

It’s not as surreal as the other urban pop singles critics are in love with at the moment, but “Chemical Smiles” will get your heart racing like nothing else can this season. It takes a special kind of songwriter to be able to communicate the emotions that this track does through rhythm and rhyme alone, but Ronin somehow makes it look as effortless and simple as making breakfast in the morning would be. He’s got the kind of talent that music journalists like myself live to write about, and at this juncture, it could be molded into pretty much anything (and set in any direction) that he wants to pursue. If there’s know one thing that I know for sure, it’s that if he sticks with this current sound, he can count on staying on my radar through the rest of the year and beyond.