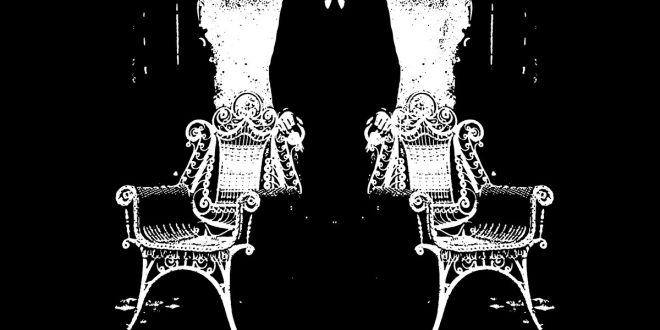 “Carpet” the new single from Wilhelm

Percussive palm-muting marks the disturbingly barren opening bars of “Carpet,” the new single from Wilhelm’s debut full-length album Lace, with a menacing texture that will only grow stronger as we delve deeper into the annals of this surreal acoustic ballad. Wilhelm’s lyrics are difficult to hear at first, as they’re sung in a muttered vocal that is at once both cryptic and enticing. There’s an anxiousness in his execution, a pent up frustration perhaps, but his performance doesn’t translate as flustered, amateurish or unprepared for the primetime stage that he’s been gifted with here. Wilhelm is wearing his heart on his sleeve with us, which is something that I haven’t seen very many of his peers in the U.S. or Europe doing this summer.

Focused clarity gradually finds a place in “Carpet,” but it doesn’t come flooding in at the start of the chorus like it would in your average pop song. Wilhelm maximizes all of the anticipation here, slowly churning us in a blank-faced madness before introducing, piece by piece, colorful tonality into a once empty sonic canvas. You can tell that a lot of time went into structuring Lace’s tracklist, but this is one of the few songs on the record that I get a fluid, stream of consciousness vibe from. It’s almost like Wilhelm is having a conversation with us while playing guitar; there’s no radio-ready polish on his strings, and there’s rarely an occasion where his off the cuff demeanor sounds even remotely rehearsed or preplanned.

Some sort of angelic, resonating melody seeps into the backdrop near the halfway mark of “Carpet,” and from this point forward, we don’t feel quite as alone with Wilhelm as we did at the start of the song. The mix still has a low-fidelity grain, but as we get closer and closer to the conclusion of the track, all of the detailed components within the main harmony sound much more streamlined and cohesive than we would have expected them to only minutes before. We’re literally listening to a bashful indie ballad develop into a full-blown anthem of enduring affection, and despite the fact that this is his first official single, Wilhelm ends up sounding like more of a seasoned professional than many of his mainstream rivals have lately.

“Carpet” is a profoundly poetic song from an artist who, while admittedly still having a lot to prove to the establishment, has so much potential bursting at the seams in his debut that it would be criminal to dismiss his new record as the product of beginner’s luck exclusively. He’s got the kind of talent that you just can’t teach, and if he continues with the present artistic trajectory that he’s on with Lace (and steers clear of any temptation to move towards a more commercial-friendly style), then he and his work are going to be a worthwhile follow in 2020. Alternative culture, specifically in regards to the music community, has reached an unmatched crossroads in recent years, but with songwriters like Wilhelm keeping the spirit of independent artistry alive in their work, fans needn’t worry about the future of the nonconformist aesthetic.

The music of WILHELM has been heard all over the world due to the promotional services offered by Danie Cortese Entertainment & Publicity. Learn more here – http://www.daniecorteseent.com/

User Rating: Be the first one !
Share
Previous Relic Kings’ “Blinded by the Sun”
Next “Darling Anna” the debut single from 2.O.F.

Jeremy Rice – “Underneath the Ground” (SINGLE)