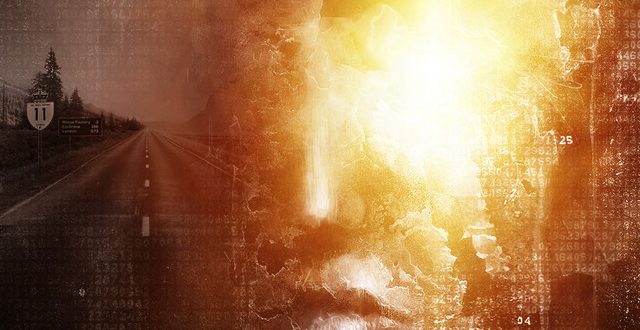 Relic Kings’ “Blinded by the Sun”

The lyric video for Relic Kings’ “Blinded by the Sun” opens with a visually entrancing flight above the rockiest of terrain, the soft sounds of the string melodies contrasting with the images filling our screen with muted earth tones beautifully. Amidst the lyrics, we watch as thunder and lightning illuminate the night sky above the pastoral landscape of the countryside, with every striking bolt echoing the emotional thrust of the vocal occupying center stage. The concept is black and white, the stylization devoid of excessive bombast, and yet this video is quite possibly one of the more colorful and well-directed indies to see release this summer. Relic Kings might be an underground sensation right now, but if they keep dishing out content like this, that’s likely to change before the year expires.

As wonderful as the video is, the real reason why I would classify “Blinded by the Sun” as a must-listen this month lies in its gorgeous string play, which occasionally becomes so provocative that it’s difficult to tune into the other elements within the instrumentation. In an age oversaturated with technologically-augmented melodies and harmonic ribbonry that was born of pure artificiality, this track feels real, and resonates with a bygone era in rock n’ roll that, arguably, still has a lot to contribute to contemporary music. It isn’t the freshest take on rebellious riffage, but what listeners will face in the string section of “Blinded by the Sun” currently goes without comparison in both the Canadian and American undergrounds this season.

Superbly produced and surreally accessible to a variety of tastes, this new single from Relic Kings is a fine cut from their debut full-length, Blinded by the Sun, and exhibits an evocative strain of bucolic poetry that could become somewhat of a calling card for this group. Their sound is as indebted to the old school as it is the progressive-minded alternative folk/rock movement, and if they’re able to work out a couple of the kinks on the soundboard side of the glass, then I don’t think that it would be inappropriate to expect a massive artistic epiphany – that we can all enjoy – from this band in the near future.