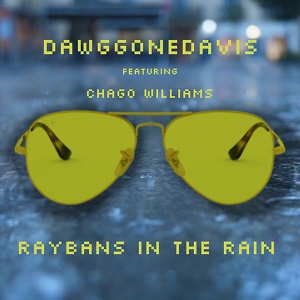 The story of Rebecca “Dawggone” Davis’ improbable music career is the stuff of legend in modern music. It so rarely happens like this that it deserves a brief recap. It isn’t every day that a professionally successful middle-aged woman decides to fulfil a long-held ambition and dive into music, but that’s what she did.

An assortment of major changes/events midway through life preceded Davis’ 2018 debut with the rap song “Middle Age Woman – Hip Hop Style” working with German-based producer and multi-instrumentalist Hellmut Wolf and guitarist Romain Duchein. The song snagged the #1 spot on the Euro Indie Music chart, as well as in South America and Asia.

20 hits songs later and Davis is still standing. Dismiss any thoughts of the Kansas City-based performer/songwriter being a novelty act destined for a quick burnout; Davis, instead, has the attributes of an enduring talent. Few gestures in her musical career testify to her growing importance more than the fact that five of the eleven tracks on her collection Raybans in the Rain are helmed by longtime Snoop Dogg producer Chago G. Williams. Williams has helped fine-tune many facets of Davis’ work but perhaps none more so than his penchant for crafting a compelling chorus.

She opens with one of those Chago Williams-produced efforts. The title song has buzzsaw guitar riffing throughout the track and Duchein sees fit to sprinkle some flash into the mix as well. Davis enters the song shortly after it begins and her presence throughout has an enthused, even almost unhinged, feel. You’ll never question her commitment to the performance. “Boulders Weeping – Cry No More” has one blast after another of anthemic guitar and another engaged Davis performance. No one will likely ever call her a singer, she’s a vocalist and you’ll understand the distinction after hearing her voice the first time. Much of her delivery is outright spoken word, albeit far more dramatic than everyday conversation.

“Darkest Hour” could be even better if her vocals were brought up further in the mix. Chago Williams’ production, however, is more than effective as it captures the song’s synthesized rock guitar sound with raw clarity. It’s immediate and physical while playing a supportive role for Davis’ vocal. The clever “Checkered Future” has plenty of Davis’ idiosyncratic humor and largely eschews the guitar theatrics of earlier tracks. She hits some tasty rhymes during this cut without ever seeming ostentatious.

She uses humor and autobiographical details to craft something unique with “Butt on Fiya”. Whatever you ultimately think of Davis’ music, her ability to find comedy in her bout with breast cancer and related double mastectomy is impressive. Her ability to transform it into musical art is even more so. She underlines her essentially comic nature, however, with the last track “Here Comes Santa Dawg”. Her instincts as an entertainer are practically impeccable and the near-joyous bravado she brings into her voice makes for a fun listen.

Tradition says we can label Raybans in the Rain a greatest hits collection of a kind. It doesn’t include “Middle Age Woman” but does feature a well-chosen cross-section of Davis’ material since 2018 alongside more recent material such as the title song. There isn’t a hint of creative exhaustion during the collection so it’s easy to expect we will one day hear a successor to Raybans in the Rain.