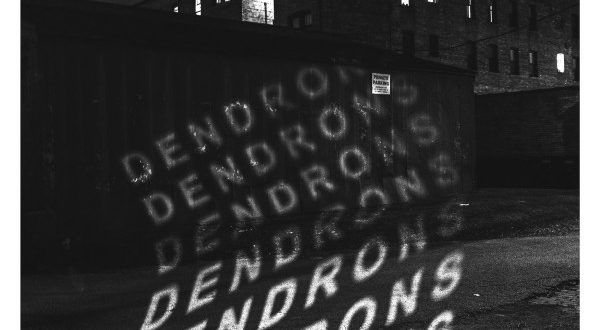 A five-member band, Dendrons could be compared to Big Thief, Depeche Mode, Radiohead as well as Nirvana. There’s a sense of unapologetic guitar riffs that could likely go off into oblivion, at the same time, a sense of nurturing their sound to be a tight, honed-in experience. These diverging elements create a bigger sound, a wider escape.

Lyrically, the band’s vocals are just below the music. It can be a bit daunting to clearly understand what they are saying. Some of the more prominent lines that really connect are “I don’t know, most days” and “go easy, please”. This song makes the listener feel like they are breaking away, they are letting go. They don’t sing “forgiver” in a chorus, and the listener walks around with that endearing, yet cunning, guitar riff. The vocals seem to haunt or even be an effervescent “being” permeated throughout the track. A voice seeps into the listener’s psyche and takes hold, but really the music grips the hardest and longest. “Go easy, please” the lyrics say, but it’s the listener that feels the wrought and borderline sadness.

“Forgiver” feels like it’s running towards something. It gives the listener a steady heart rate, a pulse that moves the audio experience to a deeper level. While consciences of the lyrics, the tone and the overall vibe are the real priorities. The music stands along and erupts when it needs to, like needles injecting fluids and medicine. A sense of invincibility and tragedy all-at-once create that aforementioned atmospheric sound. It’s a ruffling, a controlled chaos that emerges.

After a few listens the bass line really takes the song into another direction. Entirely too cool, the bass work rumbles just beneath a wide-swath of a percussion arrangement. The bass gives the song’s tone a darker, grittier sound. It’s almost numbing and therefore creates that wave, that wash of emotional disconnecting. Is this the forgiveness factor? The idea the song’s protagonist has disassociated their feelings and emotions to the person that hurt them? Or vise versa? The song strives to create a lasting impression, and the Dendrons have succeeded. This band seems to thrive off of delivering sounds that mesh together rough, raw and even twinkling beats. Little surprises are around each corner and that industrial rock sound is more that achieved.

Compared to previous release tracks “Halfway” and “Dog” this particular track carries a heavier weight. It’s entirely up to the listener, but “Forgiver” takes different paths with each listen. It is definitely Dendron’s core sound, but something spectacular about “Forgiver” edges out the other two songs. These songs are all from the forth-coming self-titled release (Earth Libraries label). Matt Labozza and Tony Brant from Highland Recording Studio mixed the album, with Sarah Register mastering.