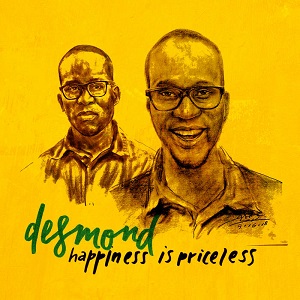 desmond the songwriter – “Rise Up”

desmond the songwriter is a rising star, hailing from Kingston, Jamaica. His new song, “Rise Up,” kicks off his fresh concept album “Happiness Is Priceless.” While the song is instantly recognizable as a reggae tune, there’s something fun about it that keeps it from melding in with the reggae of the past. It’s reminiscent of his roots while bringing some originality. The bright guitar the lifts it up and desmond’s voice pours out as smooth as honey. The backing singers’ punchy vocals add an extra layer of interest. The song feels like a summer drive down the coast, sunshine soaking into your skin, and that feel-good feeling warming up your gut. It feels hopeful and happy; the kind of music we need the most right now.

“Happiness Is Priceless” is an album that explores the disparity in the distribution of wealth, looking into the choices people make based on their access to money. While the album opens up with “Rise Up” and overall contains a message that money can’t get you the important things in life, there are some somber songs mixed in, giving the album real depth. Songs like “Affluenza” talk about how the rich can get away with pretty much anything, while “Kiss and Sell” goes into the plight of a poor woman trying to make ends meet. The album is a well-rounded narrative, showing people from all walks of life and reminding us we are all trying to make it through. However, it also shines a light on how much easier some have it than others.

desmond the songwriter’s new album first debuted on the Nielsen SoundScan Reggae Chart and the South Florida Reggae Chart. Pop Magazine placed “Happiness Is Priceless” at number 44 on their list of top 50 albums of 2020, having desmond join the ranks with Alicia Keys, John Legend, Gregory Porter. His album was ranked ahead of Taylor Swift’s. Pop Magazine also nominated him for an Emerging Artist 2021 award. On top of his own talent, desmond collaborated on the album with some big names in music, such as Dean Fraser and Sidney Mills. Before his blossoming music career, desmond played lead roles in Jamaica’s LTM National Pantomime at the famous Ward Theatre. He also did cabaret performances on Jamaica’s North Coast hotel circuit and worked as the first administrator of the performing rights organization, the Jamaica Association of Composers, Authors and Publishers, Ltd (JACAP).

It seems like desmond really is “rising up.” His new single fits in perfectly with his current trajectory. He is bursting onto the music scene with a vision and an excellent sound. “Rise Up” will make you want to dance around no matter where you hear it. I think it’s impossible to listen to it without smiling a little. There’s tons of songs about feeling good or overcoming adversity, but “Rise Up” is a gem. I feel like it’s been a long time since I heard a reggae/dancehall song that I wanted to put on repeat. It’s almost like a polite, personal battle-cry. Transcending your situation is a powerful feeling, and desmond manages to capture that while also creating something listenable and uplifting. It’s the best of both worlds; deep but light.

Seeing as this is desmond the songwriter’s first album, I think there is an expansive future for him in music. This is a stellar beginning.

The music of Desmond The Songwriter has been heard all over the world in partnership with the radio plugging services offered by Musik and Film Radio Promotions Division.  Learn more https://musikandfilm.com