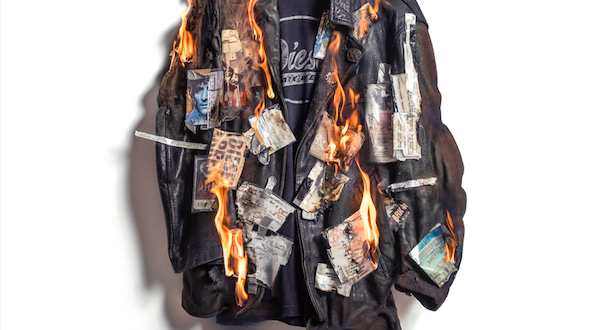 Diesel Park West’s three decade long journey through the highs and lows of popular music continues with their ninth studio release Let It Melt. The UK four piece features three members from their 1980’s lineup, included singer/songwriter and guitarist John Butler, and eleven song collection released by Dallas, Texas based label Palo Santo opens a new chapter in the band’s storied run. Rather than attempting to chase popular fashion or rely on time-tested formulas, Butler and his cohorts wrote and recorded this collection for themselves, first and foremost, and it pays off in arguably their most vital effort in years. Diesel Park West has persevered thanks to much more than a stubborn refusal to go away – they have endured and continued on because they believe in what they are doing and still, far removed from their beginnings, have something to say.

The band takes the relatively unusual step of beginning the album with its title song. Starting things off this way further signals how the band views the release of this album as a new beginning – they possess clear confidence in the material they bring to bear for this collection and put their proverbial best foot forward. Butler exudes palpable charisma delivering the song’s lyrics and the six string exchanges between him and his guitar partner Rich Barton are the cut’s marquee elements. It is difficult to imagine how they could have opened this recording in more convincing fashion. They sound like a musical gang who brought a bazooka to a knife fight.

The momentum continues to build with the album’s second and third tracks. “Pictures in the Hall”, the second number, eschews the blues rock touches of the opener in favor of increased melodic emphasis and a more diversified vocal presentation. They show further diversity with the third track “No Return Fare” and Butler’s stab at social commentary never comes off heavy handed – his succinct and economical wording leaves nothing to chance and the understated vocal phrasing allows the songwriting to speak for itself. The song’s underlying acoustic guitar strengthens the song’s depth and Barton’s backing vocals are once again crucial to the song’s success.

“Scared of Time” expands on the acoustic sound introduced in the aforementioned track and adds a lonesome sounding slide guitar flourish. Butler’s vocals possess an unique soulful quality with this mid-tempo amble; the meditative songwriting lends itself to this mood. The bluntly titled “Everybody’s Nuts” has an irreverent comedic edge, albeit darker than most, and the slinky blues laden crawl they latch onto is ideal for the track. You can hear how much Butler enjoys delivering this tune and the band sounds just as inspired. The roots rock feel is strong with this track and it will take flight as a great live number if the band chooses to include it in their concert set.

“Incredible Things”, the album’s mid-tempo closer, is a solid conclusion for the album and features many of the musical strengths that make the collection so memorable from start to finish. Diesel Park West have written and recorded another sturdy studio effort infused with more than enough fire to singe your dome and fueled by the same sharply observed songwriting that has defined the band since their formation long ago. Let It Melt will find favor with any rock music fan.