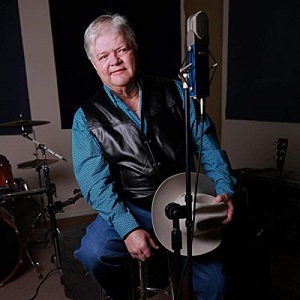 It’s hard to imagine that singer/songwriter Dudley Allen is self-taught. His ideal guitar work and lyrical instincts are the stuff that even the most seasoned artists aspire. Allen’s song, “You’re My Little Cowgirl” is packaged like a country tune, but holds embers of rockabilly and Americana genres. Though he’s not a native of Nashville, the longtime go-to guy for some of Music City’s biggest names, Allen certainly establishes himself that he can stand-shoulder-to-shoulder to these legendary artist.

In his press materials, Allen notes he worked as part of the touring team for Loretta Lynn. He joined his sister Kim on the tour, and he’s also penned songs for his sister’s solo career. Allen’s “You’re My Little Cowgirl”, to me, is rooted in the stylings of a country music industry established so long ago. This one is for listeners that yearn for that bygone time. This might be too bold, but I also think the song could make its way into the Christian genre. It’s such a sweet sentiment in his words. I don’t want to be off putting to anyone that has bias against Christian music or might think that it’s not their cup of tea, but sometimes Christian music fans can be just as biased and unwilling to stretch their musical tastes. “You’re My Little Cowgirl” is that exception.

The music bed spills into other avenues. In the spotlight is the murky electric guitar. It has hints of twang and what sounds like a mix of steel guitar and flashy James Burton- like riffs. I think it’s quite intoxicating, the guitar arrangement is just nonstop melody. I really dug it. The drum work is a steady-Eddy take. The bass guitar, too, is just as consistent and reliable as you would want and expect. The throbbing bass lines are subtle, giving amply space for the guitar to breathe. It’s both soothing and exhilarating. I can definitely hear this song being played at the corner hangout and even under the stars on a summer’s evening at an amphitheater. A show stopper? Yes.

Lyrically, Allen doesn’t dilly dally. He keeps to his plan and repeats. I put the whole world at your feet, he sings of his special someone. You mean everything to me, he sings in a slightly mid tenor voice. His timbre matches the guitar lead. Interestingly enough he doesn’t actually use the word ‘little’ until the last mention of the chorus. I kept waiting for it and liked how he put it in on the end. It’s worth the wait, believe me. You might, like me, get caught up in Allen’s voice and the guitar work and before you know it, the song is over. It’s one of those great songs that you want to keep hitting replay. It’s also one of the songs that makes you feel fulfilled. It fills your cup, it fills your heart. I’m not sure he could make it any better. It’s all that it needs to be. I give high praise and kudos to the work Allen delivers in “You’re My Little Cowgirl”.

The music of Dudley Allen has been heard all over the world in partnership with the radio plugging services offered by Musik and Film Radio Promotions Division.  Learn more https://musikandfilm.com