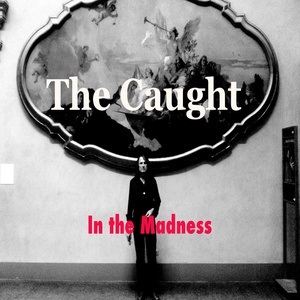 The Caught – “In the Madness” (SINGLE)

Western Canada based act The Caught have a certain distaste for music they call “overproduced.” I think that’s a vague term that can’t be easily applied, as with the rise of acts like hyper-pop and the general blurring of music genres, many bands aim to create overwhelming sonic landscapes, and I’d argue The Caught is no different, especially in their most recent single “I’m Caught.” Far from overproduced, what The Caught’s lead singer/songwriter Melvin Alan and band member and guitar maestro Trev have done is create something sonically textured and powerful that reaches a rising cacophonous end, complete with booming guitar, thrashing percussion and some truly inspired string arrangements that linger well past when the song climaxes.

It’s clear that the duo have a distinct vision that’s no doubt inspired by pioneering rock acts such as Radiohead, Nine Inch Nails, and I’d even wager more somber fare like Echo and the Bunnymen and Tears for Fears, especially in its lyrical content. Speaking of, it’s a decidedly minimalist approach as Alan croons over feeling lost, like a skeleton which may be a callback to his previous battle with a potentially terminal disease, and while the song might veer a little too abstract by not giving a distinct name to this luring entity that Alan is caught in the spell of, it ultimately works in the songs favor by giving something that the listener can interpret for themselves and I suspect some will project their own experiences onto as well.

While conceptually the song is on the more vague side in terms of its subject matter, the lyrics are very standard and morose, and I’m not sure if this is by design or not. Since the duo have made it clear they’re not into overproduced and overwrought music, it would make sense that their lyrics reflect that in a stripped down approach that allows for the instrumentals to stand out more. Alan’s voice is soothing and always remains on key, and you can tell that through the hardships he and Trev have experienced, they’ve found the perfect outlet to express the ennui and dissatisfaction they’ve no doubt felt in both society at large and in music as well. While only a 3 and a half minute track, it’s immensely re-listenable and you can pick up on more subtleties in its production each time.

My only real complaint is that because the lyrics are sometimes a little too conventional, it keeps the song from being a true masterwork, but even short of that, what the duo have done is nothing short of spectacular. It’ll be exciting to see what direction the band moves in going forward and I suspect that they’ll continue down the path of complex narratives and even more complex but complimentary arrangements. The Caught are currently back in the studio, hard at work on their next releases and if this single is any indication, their next releases will be truly nothing short of spectacular. If this is what madness sounds like, I don’t want to be sane.

The music of The Caught has been heard all over the world in partnership with the radio plugging services offered by Musik and Film Radio Promotions Division.  Learn more https://musikandfilm.comrk Druery

The music of The Caught has been heard all over the world in partnership with the radio plugging services offered by Musik and Film Radio Promotions Division.  Learn more https://musikandfilm.com