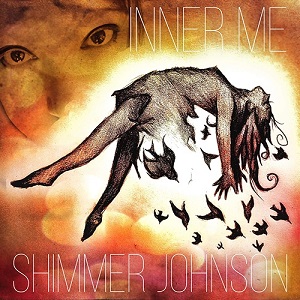 Canadian Born, and Missouri raised, Shimmer Johnson, has dropped her new single, “Priceless.” Shimmer has developed a solid reputation over the years, by working with a slew of major names in the Music industry. Her songs have been featured on MTV and SNL, the former on multiple occasions. “Priceless” is a beautiful, yet haunting ballad, that nearly reaches epic status. It’s a lengthy piece, that sees Shimmer reach an emotional crescendo, by the conclusion.

Shimmer Johnson would probably fall into the adult contemporary or adult alternative genre. She seems more than capable of writing a powerful pop song, though. Her history with some of the Songwriters she has worked with, combined with her own natural talent,  lends a craftsmanship that sets her apart. I wouldn’t go so far as to say it’s easy for her, as that is not pragmatic but it is most certainly, natural. She establishes a visual and emotional palette, that give her songs a density and in the case of “Priceless;” resolution.

You always made me/feel so beautiful is the first line of each chorus, and is one of the most essential. Johnson once equated the Song’s subject with a source of support and assurance. You come to realize that she now associates this person with disappointment and admonishment. She has endured various forms of discouragement, criticism, and possibly even abuse, and her response is to remind them that she is indeed, Priceless. It’s empowering, and while self-avowed, it is an overall positive reinforcement.

Johnson is not only an accomplished vocalist, but instrumentalist as well. Her piano work on “Priceless” is pliant and deliberate. Like all great musicians, she evokes imagery with her playing that perfectly sets the tone for the piece. The sweeping, yet controlled strings that provide the intro for “Priceless” conjure a somewhat sullen and gray feeling. It’s something like seeing the ocean, for the first time, but on a cloudy and gloomy day.

Shimmer’s vocals are the leading lady, here. Somehow, she is able to juggle her pain and vulnerability with a remarkable clarity, and maturity. She’s come to accept that this relationship will never be mutually coveted in the way she had hoped. She is hurt, and dismayed, but she is not broken. Personally speaking, this may be one of the most important takeaways from “Priceless.” Grieving is warranted, but trauma is superfluous baggage.

From a production and compositional standpoint, Shimmer has really delivered on “Priceless.” Her performance, while restrained at times, is one of focus and the kind of self-reflection that many will turn away from. This song is certain to create buzz for her upcoming album, Inner Me, which seems to be a clever play on words. It could either be a blanket statement that we are our own worst enemy, or something more personal. Whichever the case,  Johnson has turned on her inner light, and though “Priceless” may have a dreary exterior, that light shimmers brightly.

The music of Campbell Waldron has been heard all over the world in partnership with the radio plugging services offered by Musik and Film Radio Promotions Division.  Learn more https://musikandfilm.com