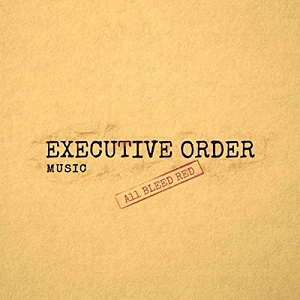 What’s in an opening track? Tracing back to legendary rock albums Sgt. Pepper’s Lonely Hearts Club Band, The Rise of Fall of Ziggy Stardust and the Spiders From Mars, and Led Zeppelin IV, the art of the opening track is put on full display: all serve as flash bangs that loudly-yet-cleanly state the central crux of the album to come. With the Beatles’ title track, they convey the who and what of their ground-breaking concept album, building a world for the listener to settle into before bursting into an orchestral sprint that had yet to be done in rock music prior. Bowie’s “Five Years” slowly eases into a bombastic anthem about the end of days, feeling akin to the aforementioned Beatles track in conceit but not so much in subject. Lastly, Zeppelin’s “Black Dog” doesn’t hesitate to tear its way onto the scene and scream its presence in a shrill, piercing melody only Robert Plant could deliver.

An opening track can either wholly make or break an album, especially in the rock genre. Luckily, Executive Order shows that they’ve done their homework on the potency of album openers and gladly deliver a banger of their own with “Some Like It Hot,” the first track off of their debut album All Bleed Red. Executive Order is comprised of Joseph Olson (frontman and songwriter), Rich Elg (guitarist and backing vocals), and James Anthony Hewahewa Christian (bassist and, according to the band’s website, bringer of chill vibes.) Based out of Honolulu, Hawaii, Executive Order boasts a wide array of talent and foresight in the world of rock music.

With “Some Like It Hot,” the band is off to an appropriately hot start. Bringing in a session drummer in George Beck-Millan and female backup vocalist with Annie Kamiya to further deepen the impressive Executive Order roster and sound, the production on display is exquisite – listeners will surely be surprised to discover that the band only has three members at its foundation. A noteworthy start to the track includes sharp horns followed by a luscious guitar riff before the brass swells and Olson enters, singing about a woman we can all perfectly picture. The guitar shifts from heavy riffs to lighter up-strums, harkening back to the band’s Hawaiian roots, before the chorus breaks out. “This ain’t no movie, this ain’t TV,” one line reads, but the band does seem to be doing an impressive turn at something that would find a comfortable home within a James Bond movie.

At the end of the song, it’s difficult to tie this eclectic group of musicians and sounds to a specific genre set. The impressive ability to create wholly original music that dances between and around genres and influences while still managing to stay as catchy and fresh as ever is a tough act to pull off, but within the walls of “Some Like It Hot,” Executive Order is able to toe that line and they toe it so well they make it look easy. All Bleed Red is available now on streaming and through the band’s website.

The music of Executive Order has been heard all over the world in partnership with the radio plugging services offered by Musik and Film Radio Promotions Division.  Learn more https://musikandfilm.com