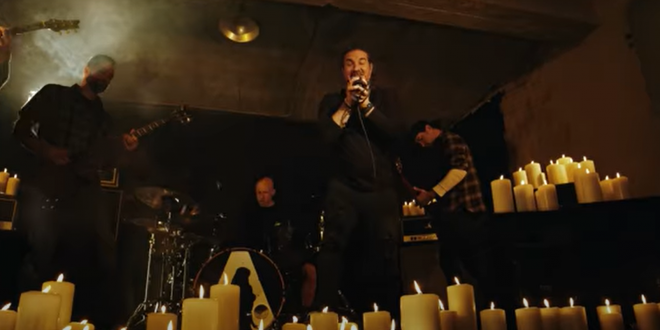 Pistols At Dawn is a 5 Piece Modern Rock Band, out of Atlanta, GA. Their new single, “Voices” is textbook hard rock, but that does nothing to diminish its quality. Pistols At Dawn could be placed in a variety of genres, due to how subsidized Rock has become, over the last few decades. More than anything,  they are a Rock band that try to straddle a few subgenres, most likely to satiate the contrarians that comprise the various fanbases. They are a group of solid musicians, and their studio experience has resulted in an impressive single.

“Voices” is the first single from PAD’s 2020 EP, Nocturnal Youth. Marred by the tragic loss of their guitarist, Mike Buffa, in 2018, Pistols At Dawn, forged on to become a buzzworthy band. There is a great deal of heart that drives their music, likely as a result of the vicissitudes they have endured. You can feel a song like “Voices,” as well as you hear it. At the core of the piece, is a message about mental health and spiritual balance in the midst of social volatility.

The guitars on “Voices” are chunky, and as is the case with most rock oriented acts, they really drive the song. When you break down the track, you get a sense of how well written it is. The band has great chemistry and they function as a solitary unit, which gives a heightened degree of totality to their sound. Everything is allowed to breathe, including and especially, the vocal, which is handled by none other than Rockstar Supernova finalist, Chris Pierson. His rendering of the chorus, provides the true hook of “Voices.”

Perhaps the track’s greatest strength is the supreme production value. I listened to “Voices,” through headphones, which is always recommended, as you’re able to get a sense of the dynamic subtleties. There is not a single glitch in the entire recording. The mix, and how all of the sections are aligned must be commended, as you can tell there was a painstaking degree of detail, involved. The core of creating a window of success for musicians, is a great recording, and PAD has that with “Voices.”

The video for “Voices” depicts an ethereal setting, in which the band performs the song. It creates the atmosphere that PAD is going for, as everyone is clad in dark clothing, giving off the vibe of a eulogy. The band works overtime to express how passionate they are, likely as an infomercial for their live shows. PAD looks and sounds the part, which some will embrace and others will find off putting. They should be measured based on their music, which is exceptional.

“Voices” is a song that checks off several boxes. It’s energetic, but emotionally charged, and it does feature impressive musicality. The song is tailor made for mainstream rock radio that errs on the heavier side. Fans of this particular style, will find “Voices” to be a pleasing and promising track. Pistols At Dawn have done the work, and now sunrise is on the horizon.