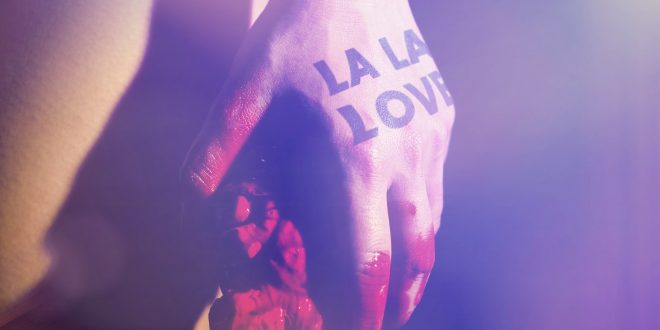 Pure, unadulterated pop like Fate Under Fire pushes with their latest single “La La Love” is an increasingly rare commodity in our music world. The arbiters of musical taste, unfortunately, decided long ago that melody didn’t matter as much as beats and rhythm, but Fate Under Fire has never heeded that dubious lesson. Instead, “La La Love” carries on the work they’ve produced over the course of two EP releases and multiple singles while still expanding on the past and showing that David James and his band mates are looking towards a long future as Fate Under Fire. “La La Love” reminds us that pop music isn’t always about the lowest common denominator and can entertain the masses while still producing musical art that has merit and staying power in a high quality package. Sacramento’s favorite musical sons are a busy live act and the release of this single adds a potent number to their live set.

James began his musical journey playing much more traditional melodic rock with guitars leading the way, but Fate Under Fire opts for a different approach that bases the band’s musical attack around sweeping synthesizer lines and up-front rhythm section work. There is a guitar presence in “La La Love”, but it’s secondary and has an orchestral design rather than serving as the lead instrument. This shift in focus gives Fate Under Fire a distinctly different flavor than a lot of modern acts but, likewise, recognizes the sea change much of the popular music scene has undergone in the last twenty years. The customary focus on guitars in such configurations has fallen away, at least for the time being, in favor of other instruments leading the way and it gives Fate Under Fire a very modern feel rather than being mired in retro designs. The synths never fall prey to the usual knock on such instruments, i.e. they are too cold or sterile sounding to exert much in the way of mass appeal, and the physicality of the drumming and bass playing gives the song added muscle that memorably contrasts with the electronic touches.

His vocals are ideal for pop songs, but the voice isn’t strictly feather light and full of sweetness. James is able and more than willing to manifest real gravitas when the performance calls for it and those moments, when they come in this song and the band’s earlier efforts, bring new depths to the performance it might have otherwise lacked.  The lyrics are, likewise, a cut above typical efforts in this vein without being so wordy or out of balance with the arrangement that it creates a dissonant effect for listeners. This is as fully realized as modern pop gets – every element is attended to, every part of the performance rounded off with smooth polish. Fate Under Fire’s “La La Love” is the next fine single in a string of such releases and further develops the band’s sound in a way current fans will appreciate and new fans will, undoubtedly, flock to.