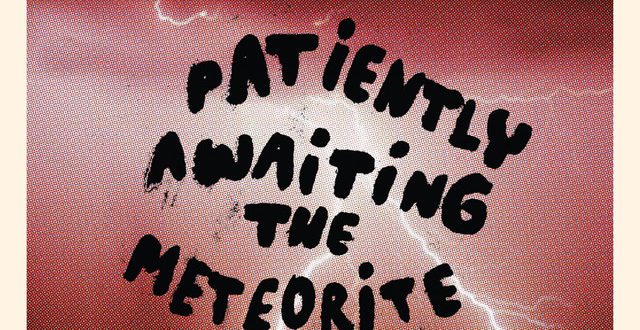 Patiently Awaiting the Meteorite’s debut single “Electrified” and the music video that comes with it reminds me of MTV’s arguable “prime”, the years when traditional artists possessing a strong visual and theatrical sense, like former Genesis front man Peter Gabriel among others, remade themselves for an increasingly technological and visual age with immense success. There’s a lot about the song’s video that’s no frills and straight to the song’s point, but the visual images are arresting and compliment the musical arrangement with seamlessness I haven’t heard or seen in many years. The new single, likewise, is designed to blast from the biggest of possible stages and brims with attitude without figuratively getting in listener’s faces. “Electrified” has a solid message behind its lyrical content without ever feeling or sounding overwritten and, despite the familiarity, Patiently Awaiting the Meteorite makes the subject matter their own thanks to their own style of writing and Dee’s idiosyncratic vocal delivery.

Don’t get the use of “idiosyncratic” wrong – Dee’s vocal method isn’t so far removed from our customary frame of reference that the effect is jarring or dissonant in some way. Instead, Dee is definitely more vocalist than singer and his enormous success with singles like “Miles and Miles (Living on the Edge)” and “Filter Factory”, the latter generating tremendous YouTube buzz, shows Dee has the necessary chops and more than enough personality to hold an audience’s attention spellbound for the entirety of a tune. Patiently Awaiting the Meteorite, as an unit, frames the arrangement around his voice and the two distinct elements in the song’s presentation complement each other without a hiccup. You can’t help but enjoy the slight gravitas in Dee’s voice coupled with the sassy, inspired sway of his voice as he careens through a number of lines and makes an especially deep impact with the song’s refrain. It’s an infectious tune from the first and never relaxes without ever overwhelming listeners with its internal drive or sound.

The drums and bass are central movers in the tune, but it’s a mistake to ignore how much color the other instruments bring to the tune, particularly the synthesizers, The Grand Brothers employ electronic sounds not as a mere novelty, but as a means of conveying mood and emotion and the playing generates considerable heat. The song’s structure contributes to the sense of drama they are obviously shooting for, especially in the track’s second half, and there’s never any sense of the song running on too long. Instead, Patiently Awaiting the Meteorite’s “Electrified” comes roaring out of the speakers knowing exactly what it wants to accomplish, where it wants to transport listeners, and does so with immense skill. It promises that Canyon Diablo may be shaping up to be one of the year’s most formative releases from anyone in the pop music world and the video coming along with this release puts an emphatic exclamation point on everything they’re trying to do with this cut.

User Rating: Be the first one !
Share
Previous JOYNER
Next Fate Under Fire – La La Love