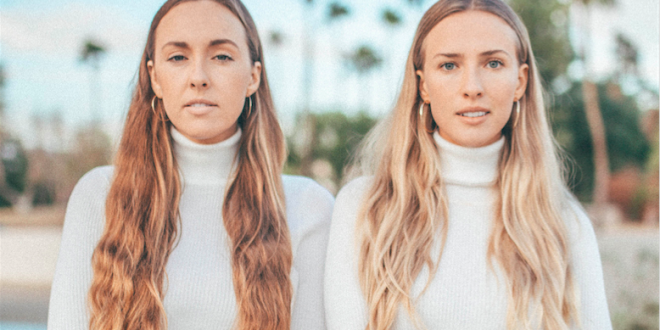 How young were two when you decided you wanted to play music together?

Torrey: It’s always been something that we’ve done together since we were really little. I vividly remember sitting in Summer’s room harmonizing to songs like “Penny and Me” by Hanson when I was maybe 10. Despite our fun little jam sessions, she had a head start on me as the older sister and was rocking out as a solo star as a young teen. It was just the coolest thing to me, and somehow I eventually convinced her to let me be in the band. The rest was history!

We want people to feel uplifted and soothed listening to our music. We want to take people to a dream world outside of the mundane of day to day. We hope that on some level people can relate to the lyrics and the stories we write as well. There’s something really special about the power of music and how it unites us. There’s nothing quite like knowing someone else feels the same.

Have you toured together? If not, do you plan to behind this release?

We’ve played various cities around the globe, but we’ve never done a full on tour. We’re so excited to get on the road soon! Stay tuned.

How’s the scene in Los Angeles right now? Any current faves we may not have heard yet?

The scene is coming back! Now more than ever it seems that people are getting back to the root of connecting in person in this weird time of the internet. We’re loving “Sure Sure” and also digging Sam Valdez.

Did you both listen to the same kind of music growing up? Are your influences similar?

Summer: I was definitely raised a bit more on the grunge rock of the 90s and Torrey had a bit more of the pop influence of the early 2000’s but ultimately we like all of the same music which makes car rides and road trips really fun.

What’s next for JOYNER?