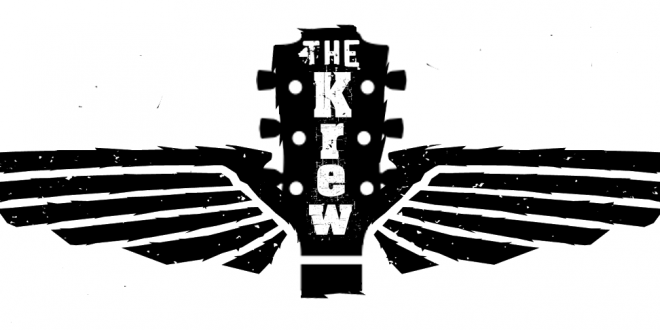 The Krew – To Hell With You

The Krew – To Hell With You

The Krew’s new single “To Hell With You” is pulled from the fourth album Smoke Rising, a studio collection that likely shows their growing mastery of traditional retro rock, blues, country rock, all of it topped off with a totally modern flavor despite its use of longstanding sounds and formulas. This is such time-tested music that, at this late date, I think young bands have to do more than just ape poses that have worked in the past – instead, they have to possess the necessary musical chops plus bring a surfeit of personality to their performances and songwriting that infuse the band’s material with an individual charisma. The Krew are a well traveled name on the music festival circuit, but this single gives every indication they’re ready to broach those borders for something greater beyond. “To Hell With You” is full of brio and made an impression on me from the first listen.

Jhonny K’s songwriting is a big reason why this is such a successful track for the band. The song is co-written with Chelsey Stallings but, based on the way K takes on the singing, it’s nearly impossible for me to call this his song. One never gets the feeling that this is a strictly autobiographical ride he takes listeners on, but we get something even better – the feeling we’re in the hands of a masterful wrier capable of telling stories reflective of their experiences rather than a literal retelling of their lives. That’s a rarity in any form these days. The lyrics, likewise, have a nicely percussive quality that benefits the songwriting too, neatly dovetailing into the rhythm section’s work without ever sounding too pronounced.

His singing is perfect for the words and a good match for the musical arrangement. K has the right amount of soul, gravitas at key points, and just enough lightness in his voice to make him a sweeter listen for this song to become something even greater than the sum of its parts. His dexterous way of turning some relatively complicated phrasing is the sort of stuff we hear from legends in this mode and that kind of talent alone would and will keep me coming back to this band time and again. The Krew’s musical firepower, as well, isn’t any joke, It’s a great band that bring together these various strands of American musical DNA into a diverse and well recorded whole that shows off their skill set without ever risking even a hint of self indulgence. This song will make waves with anyone who hears it thanks to every element of its performance rather than one part outshining the others.

“To Hell With You” is an outstanding effort from The Krew in every sense of the word. They sound like a band that’s hitting their stride as both a performing and writing unit and singer/songwriter Jhonny K has definitely hit upon an ideal vehicle for him to realize whatever songwriting ambitions he might have. The Krew are flexible, stylish without being gaudy, and pack a memorable wallop with their new single.

User Rating: Be the first one !
Share
Previous ShaQ:Muzik – Get Down
Next JOYNER