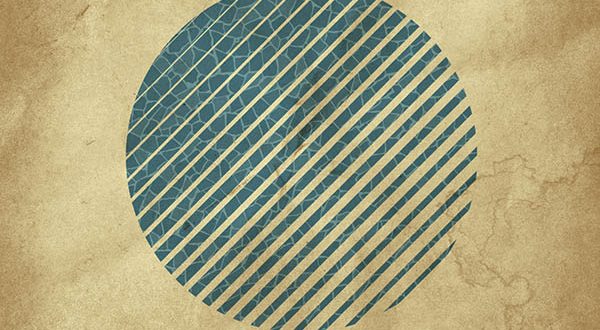 Mutlu’s new album Good Trouble opens with the winning track “Lifeline”. It’s an ideal way to kick off the release thanks to the way it is sure to bring live audiences together, but also illustrates his songwriting acumen for those unfamiliar with Mutlu’s work. Percussion anchors “Lifeline”, but there’s strong acoustic guitar rising out of the mix as well and Mutlu’s singing will impress any newcomer from the outset. It’s one of the most poetic lyrics included on Good Trouble, but Mutlu has such command of his phrasing he navigates his way through the verses with calm assurance and a clear vision for the sound and effect he is attempting to achieve.

His reggae influences come to the fore with the second track “Not Escapable”, but he invokes those influences in unusual ways rather than mimicking other practitioners of the form. One of the abiding strengths of the seven songs included on Good Trouble is the drumming – like the songwriting, the percussion never pursues the lowest common denominator and instead varies a great deal on a song by song basis. One of the best drumming performances on the album comes with this track. It has a wide swing that never misses its mark and, instead, gives listeners a hook to latch onto that brings them through the entirety of the track.

The spirit inhabiting the opener “Lifeline” comes out once again, in part, with the track “95 to 5”. Rather than wallowing in autobiographical or pseudo-personal musings, Mutlu’s songwriting is consistent in its commitment to reach outside itself and write on a wider scale than many other performers in this vein. The song has a hard percussive snap and a sharp commercial edge on an album brimming over with such tracks. “Scarred” is, arguably, the album’s most meditative moment. Mutlu sustains the song’s low key demeanor for the entire song and it never tests listener’s patience; like much of the album, it has an acoustic basis and Mutlu does an excellent job tailoring his voice to the track’s melodic demands rather than working against them.

“Nothing in This Whole Wide World” has a guest star spot from John Oates on backing vocals and his contributions help elevate this song to one of the best numbers included on Good Trouble. This is probably the most outright soul number on the album and has familiar subject matter, but has a freshness overcoming any predictable aspects of the songwriting. The production for this track and others helps set it apart – everything on Good Trouble is rendered with clarity and never connects with listeners.

Mutlu ends the album with another familiar number, “Oh My Girl”, building off his soul influences, but never quite as pure as the aforementioned tune. There’s some tasty electric guitar just after the song’s mid way point, but it is an otherwise languid performance bringing the album to a graceful conclusion. Good Trouble is just seven songs long, but there are ample rewards in those seven tracks that will keep listeners coming back for more.

User Rating: Be the first one !
Share
Previous Nicholas Altobelli is back in the spotlight
Next In Other Words, the new LP from the one and only Paul Jacks