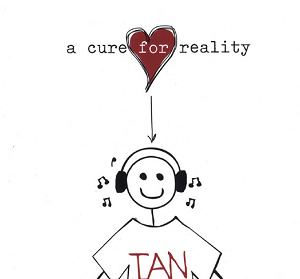 Critics and pundits have labeled Ian Bouras’ music as everything from alternative, reggae, New Age, and world. I hear all that and more in his work. He’s long since moved on from the comparatively commonplace musical landscapes he explores over the course of A Cure for Reality’s fourteen songs, but that doesn’t diminish the abiding power of these compositions.

It’s good that he’s re-released this album. He enjoys a much bigger profile than he did in 2007 thanks to a variety of reasons and Bouras’ solo debut never received well-deserved widespread recognition. Bouras’ DIY ethic, willingness to delve deep into many styles, and his fearless melding of seemingly disparate styles is as timely as ever, and his tremendous gifts still stand out.

You can’t possibly imagine a better introduction than “The Call”. It opens the door to Bouras’ reliable mix of pre-programmed instruments, guitar, and studio effects. He uses the latter tool more sparingly than most so its impact on the collection has more meaning. His creative approach to percussion is a critical reason why these instrumentals are so successful and their melodies are especially powerful coupled with these rhythm tracks.

“Buttercup” has a much more pensive trajectory than A Cure for Reality’s other cuts. The thin veneer of sweetness he lays over the song’s surface got under my skin with a single listen and subsequent hearings only deepen its mark on listeners. “Classcycle” opens with startling atmospherics that Bouras soon pulls back into a restrained reggae infused amble. There is a slow circular quality to the track that lingered with me after hearing it for the first time. I appreciate the unexpected breaks in the track; Bouras’ unpredictability always leaves me smiling.

He takes a slightly darker turn with the song “Messy”, at least initially. His flamenco-styled guitar melodies and reverb spiked synth flourishes are recurrent throughout “Messy”, but you can’t put this in a tidy little box. It has a slow, meandering tempo that lulls listeners into a relaxed groove early on and he’s content to ride it for a significant portion of the song. Presenting the song’s melody is a nice touch for the track “Sirens”. He elaborates from there without ever losing the initial focus heard in the melody and the adornments this song accumulates along the way help shape it into one of A Cure for Reality’s fullest listening experiences.

“Traffic” is one of the album’s most intense musical experiences. It’s the true climax for this collection, the finale is much more a coda, and Bouras does an outstanding job balancing his desire to entertain audiences with making a substantial musical statement. A Cure for Reality offers something for a wide gamut of listeners without ever sacrificing its individuality. This is unmistakably Ian Bouras, no matter where his music is now, and it has enduring power rather than meriting your attention as an archival item and nothing more. You’ll be glad adding this release to your library and will find yourself returning to it time and again.