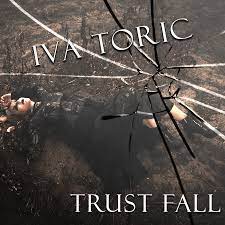 If you’re keen on the independent metal scene, you’ve by no doubt heard of the enigmatic tour de force that is Iva Toric. New or old, buckle up and strap in because a new single of hers has just dropped! Released just far enough off of the heels of its predecessors, the single is called “Trust Fall” and it features bold new musical textures and slightly softer aesthetics than some may have expected. True, her last single came to the masses under the title “Time to Die,” but the same dreamlike, near-shoegaze-y mindset is visible here in the most abstract sense. Don’t be fooled, Iva Toric is a metal musician.

Whatever pipelines it takes for the music to reach its destination be damned, this is metal music and good metal music at that. “Trust Fall” pumps the brakes on shrieking guitars and pounding drums, but they’re still featured heavily in the song’s production — the main focus of the new single comes in Toric’s keen vocals and astute lyrics, however.

“Trust Fall” arrives just in time for the end of the summer, and the track’s melancholy, witchy aesthetic will find its home among the autumn leaves without much pushback. Digging deep into Toric’s personal life, the song’s subject matter delves into trauma based on negative relationships and all the complexities that come with it. “The meaning behind this new single is trusting yourself in getting out of a harsh situation/relationship. Being in this position feels like falling in reverse and falling into the unknown, there can be an uncertain future. However, in doing so, the feeling is freeing with endless possibilities,” Toric says.

“Trust Fall” grabs this prompt by the ears and swings it in circles, totally owning the good and bad. The vulnerability on display from the singer-songwriter is admirable and makes the song that much better on its own, even without specifying the positives of the great production and clear vocal takes.

Joining forces with Gregg Cash on guitars and bass, and Dylan Howard on drums, the same team from Toric’s debut album are back for more fun with both “Trust Fall” and its respective, eventual new record Dead Reckoning, due out next year. Keeping the team intact brings a lot of continued sensibilities to further link together Toric’s budding career, and musically there’s a great bridge on display for fans to compare and contrast as Toric’s sound evolves and matures across projects.

When Iva Toric will tackle the metal genre as a traditionalist, there’s no telling, but traditions are lame; it’s 2022, why tread on the same road paved by a million sweaty dudes with long hair and anger issues when she can buy a steamroller and pave a newer, more unique road full of her flourishes and instincts? Iva Toric has made it clear more than once that she is a force to be reckoned with, and with “Trust Fall,” she seems to have flexed her talents in a way that shows she’s here to stay. Versatility is the name of the game, and Iva Toric is more than well-versed in the rulebook!