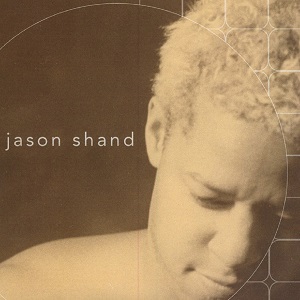 Jason Shand’s vision is definitely distinct. It exists in this vacuum of nostalgia that we haven’t seen in some time with his recent release “I Know”. The singer/songwriter who also produced this track from his forthcoming album “The Petty Narccisist.”, has carved something that feels like it came from the early 2000s, but that’s not an insult.

Tracks like these with orchestral compositions that eschew closer to the sort of “Seal” era love ballads that filled niche movie soundtracks are very much missed, and luckily “I Know” also transcends being a sort of throwback track thanks to Shand’s lyricism, instrumentals, and how powerfully catchy the song is. Shand hit the scene with a self-titled EP and hasn’t seen a major release since his 2015 album “Because of Zeeva”, and his progression has been interesting to watch. I don’t know if his sound has changed that much, but his style is practical, inspired, and deeply atmospheric. The notable length of his songs also helps solidify him as an interesting artist, whereas many in the advent of streaming tend to shorten their songs to the point of feeling more skeletal than sparse, Shan indulges himself and his feelings to create a very whole and complete feeling. He has the feeling of a steady act like Coldplay who’s on the verge of something next level, and I hope “The Pretty Narccisist” delivers on these hopes. “I Know” is cutting, and uncompromised. We find Shand in one of the most vulnerable spots in his life. The actual artist has gone through a variety of life events including the passing of his father and getting married. Tonally jarring feelings like those aren’t easy to navigate, and they certainly paint the canvas that Shand is working with.

So much of the song is a back and forth inner dialogue of Shand, arguing with seemingly himself, even though there’s a seemingly strong indication that he’s in fact speaking to someone. It’s operatic and almost feels like something from the contemporary musical theater scene in the heights and emotions it hits. Songs like these will always have the problem of coming across as too saccharine, but I think that’s not a problem this track has, and it’s mainly thanks to Shand’s voice. Shand channels all of his pain and anxiety and his wording has this concise feeling that even though it may seem wishy-washy, it’s like he’s at once, talking himself out of the relationship, but also egging himself on. By the time it reaches the end, it feels like an impassioned plea to his love and himself, but there’s also a dark element to it.

The usage of the title has some darker implications in the grand scheme of the song. Shand at many points states that he knows he wants to be with this person, but there’s a blink and you’ll miss its allusion to the idea that he may have missed his window, and he “knows” that they’ll be together someday. “I Know” is complex, emotional, and ultimately one of the most honest releases this year.

The music of Jason Shand has been heard all over the world in partnership with the radio plugging services offered by Musik and Film Radio Promotions Division.  Learn more https://musikandfilm.com