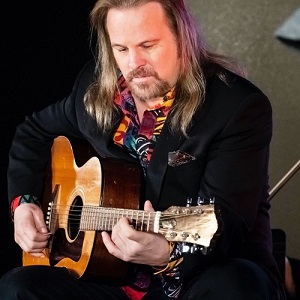 Jeff Lake & Cellophane Flowers “Within You Without You / Tomorrow Never Knows”

The chaos of the instruments. The raspy melodic cry of the vocal. The incomparable thrust of the percussion in the backdrop. Yes, these are the most recognizable traits one thinks of when recalling the rich listening experience afforded by “Within You Without You” and “Tomorrow Never Knows” by The Beatles, but when both tracks are smashed together and made into a powerhouse medley by the likes of Jeff Lake & Cellophane Flowers, these features inspire an entirely fresh sonic premise no one could anticipate hearing this year. At first glance, Jeff Lake & Cellophane Flowers might seem like another Beatles cover band you found on Spotify, but after playing their new single, I think describing them as anything but original musicians on a mission to honor greatness wouldn’t be doing them or their efforts the justice they deserve.

While both of the aforementioned compositions have been merged into a single song in this performance, their distinctive melodic isms aren’t completely lost in the waves of psychedelic detail we discover in this track. There’s actually quite a bit of spacing between the percussion and the rest of the instruments when you turn up the music and really listen to the structure of this arrangement, and although it should be said that Jeff Lake is more than ready to be dramatic with his vocal here, he doesn’t wind up having to simply because of the brute force his backing band is providing him. He can let his hair down in this single without sounding overzealous or voracious, either one of which wouldn’t have been a good move for this cover.

The structural ties between the original versions of this material and that which we’re listening to in this single aren’t as easy to break down without being a bit of a nerd about the artistry here, but this isn’t to say that Lake’s take on “Within You Without You / Tomorrow Never Knows” isn’t both critically and melodically appealing. He’s a singer who undisputedly has a lot of talent that I wouldn’t mind hearing more of in an original piece as well, but even if the extent of his contribution to the music world in 2021 caps out at the release of this medley, I believe the deeper message of togetherness this music is meant to carry through his delivery will stand out regardless.

I’m looking forward to hearing more out of this project as they find their footing in the industry, and if you’re of particular loyalty to the Fab Four, my gut tells me you’re going to share my feelings about what Jeff Lake & Cellophane Flowers are doing in the studio with the band’s music right now. On their own, these are two amazing songs that have stood the test of time like few others of their generation ever could have, but as a unit created by this band of players, they feel like they were made for this time in history, and specifically the many different people who occupy it.