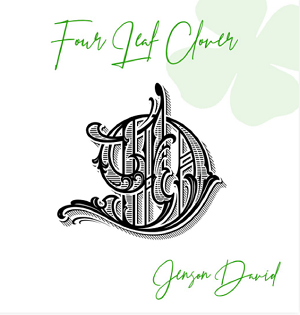 Jenson David is amongst a rising number of entertainers in the independent music sector officially having a moment. Ironically thanks to the pandemic, everything has turned digital – a playing field that has yet to equal the unevenness of the typical entertainment circulatory hierarchies. Aside from those achieving fame and fortune by way of the YouTube channel, Spotify is proving to be a new and promising step for independently affiliated and self-employed musicians, recording artists, and newly resurrected garage bands. While obviously quality can vary depending upon each party’s individual budget and competence by commercial standards, it has also enabled a sense of transparency between artist and consumer that major label affiliates can only begin to copy hollowly. If the digital release strategy for artists like Joseph Gordon-Levitt, Taylor Swift, and Bhad Bhabie are any indication, the words ‘digital’ and ‘streaming’ will become the new traffic-stoppers in an increasingly immaterial landscape.

When it comes to how the field of independent and alternative music has been affected, there couldn’t be a better time for numerous artists in that sector having their moment to step into the limelight. David, an Ohio native belonging to the latter, is a particularly pertinent example of this. Having released only two singles to date, he is arguably putting up an unfair contest against label-certified talent, his two songs Not Forgotten and Four Leaf Clover leaving a distinct stinging impact you haven’t felt since the days of greats like Hall & Oates or Simon & Garfunkel. Like said stars of their day, David is interested in the music, not in the presentation. The result is something that the seasoned listener may find they were intensely hungry for, but didn’t expect in an era dominated by overly polished technical production completed by excess autotune and otherwise digitally manipulated vocal performance.

This is also reflected in what David decides to sing about – the song Four Leaf Clover in particular an ode to love but for adults. He bucks any pressure to appeal to the so-called ‘wide audience’ in place of trying to appeal to the mature, tasteful consumer. The song, while on the surface undeniably following the tenets of country, is a skillful blend of many other footnotes from varying genres – some even close to soft rock in the spirit of the Reagan era. The acoustic factor in the song helps nourish this nostalgia too, the song especially vibrant when listened to on the best headphones possible.

David’s craft is ironically going back to simpler times through a retro yet contemporarily self-aware sense of composition. Aside from some slight digital distortion and synths and keyboards in the background, the song eschews any and all electronic manipulation. There’s something touchingly intimate about hearing David’s voice singing without any guards directly to the listener’s ear. It makes lyrics such as I want to make you dance/I want to make you smile all the more pertinent, and all the more moving…

The music of Jenson David has been heard all over the world in partnership with the radio plugging services offered by Musik and Film Radio Promotions Division.  Learn more https://musikandfilm.com