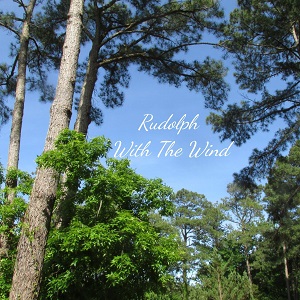 Quietly strumming to life in the simplest of terms an acoustic guitar can produce, we find Justin Rudolph’s “Make Your Move” aiming to please traditional pop fans right out of the gate. There’s a retro quality to this crossover folk tune that is evident in the structure of the song from the moment we press play onward, and yet I’m hesitant to deem any part of “Make Your Move” a direct homage to the vintage sounds in American soft pop/rock. Indeed, Rudolph has quite the voice/instrumental combo going for him in this cut and dry single, but at the same time, I think he makes a case for harmony-based indulgence that goes against the ways of the old school quite provocatively. This song is about celebrating his time and his story, and truly no one else’s.

The vocal is the most vulnerable element in “Make Your Move,” but had it not been partnered with such an extroverted counterpart in this acoustic guitar, the exposed nature of its emotional content might not be as clear for us to understand. There’s just something special about coupling the bittersweet melodicism of Rudolph’s voice with the pastoral tones of the strings that makes the verses sound so much more human and relatable, and personally, I can see where percussion or even a sturdy bassline would have clouded the pristine quality of the performance we enjoy here. Clarity matters in all genres, but especially in one as anti-tech as this sound is born of.

Though the rhythm of the strings is our only fundamental beat in “Make Your Move,” it’s all we need to synchronize our hips to the sway of the music Rudolph is playing for us. He’s at once the verses, the guitar, the voice, and the spirit of this song without sounding like his abilities are being stretched too thin. There’s something to be gained from having a lot of brilliant minds share a recording studio, but when it comes to getting something personal out of your mind and into the airspace around us, sometimes you’ve got to take a solo route to get every detail in order. This is one of those occasions, and the uncluttered presentation of this song is what makes it such a verifiable smash for audiophiles everywhere this month.

I didn’t know anything about Justin Rudolph before getting into this single over the past week, but despite his status as a deep underground player, he sounds like someone who deserves a good chunk of the spotlight here. “Make Your Move” is an honest piece of pop music that spots us affection where similar material would have only presented us with poetic allusions to love and romance we’ve all heard before in one Beatles song or another. Rudolph can’t look back in expressing himself in this track mostly because of how present his feelings are in the performance; though not a stream of consciousness work, this is a single that puts his heart and soul in the here and now for listeners. That’s a rare find in pop these days and makes this release quite a memorable listen all on its own.

The music of Juston Rudolph has been heard all over the world in partnership with the radio plugging services offered by Musik and Film Radio Promotions Division.  Learn more https://musikandfilm.com