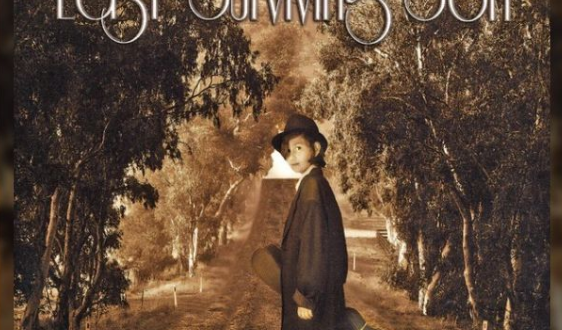 On the whim of a reserved groove, the guitar play that greets us at the onset of “The Roads We Didn’t Take” washes us in colorful harmonies that represent only a fraction of what David Gelman’s latest release, Last Surviving Son, has to offer anyone who gives it a spin this season. Gelman slashes his way through the barrier created between artist and audience on modern studio recordings in the playful ballad “Soft Surrender,” the stoic “My Vows to You (Wedding Song)” and reflective “Let It All Go” (my favorite track from the whole of the album), and while songs like “Presence of the Lord” employ more conventional themes than others do, there’s no debating that this is the most diverse record that this singer has shared with his fans so far.

“Wasting Away” has a spindly bassline that is, ironically, almost crushed to death by a featherweight melody fired off by the acoustic guitar, but the lively percussive track saves the song from the pitfalls of aesthetical imbalance. Gelman dabbles in an agile variety of blues in “Because You Love Me,” and surprisingly the blunt ballad doesn’t feel out of place amidst this overwhelmingly folky bundle of material. Last Surviving Son is a melting pot of musicality, and yet it plays out as seamlessly as a classical symphony would.

The record gets rolling with the bluegrass-esque “Far Away,” which blindsides us with a tortured fiddle part in its opening bars that may well be one of the most emotional moments in the entirety of the record. Gelman chases after the melody with an affectionate vigor, and despite the slowed tempo of “Set It Free,” the energy that preceded it doesn’t dissipate in the grind of the churning drumbeat. It’s not a concept album by any stretch of your imagination, but there’s a progressive fluidity to the tracks here that makes this LP flow better than most any other I’ve listened to lately.

“Last Surviving Son” wastes no time before inducing chills with its menacing military march, but quickly descends into a beautifully relaxed folk ballad before we reach the :15 mark of the song. Though a touch more angular a composition than its neighboring tracks sport, “In the Sun” has a sexy hook that spotlights the magnetizing vocal that David Gelman has built his reputation around, and I think that it has all the makings of a star single thanks to its tempered sensuality.

Rhythmic daggers inject a bit of rock n’ roll grit into the center of “Lonely Tonight” (which Gelman also does, to a lesser extent, in “Feel Alright”) and round out the first half of the record on a wonderfully positive note that sets us up for the monolithic adventure awaiting us in the second, and whether you’ve been listening to his music since his salad days or are just finding out about his sound now, it’s hard to deny the fact that these tracks and their counterparts are some of the more multifaceted to see release this season. David Gelman has made some really poignant music in his career, and in my opinion he raises the standard for both himself and his scene in this latest album.