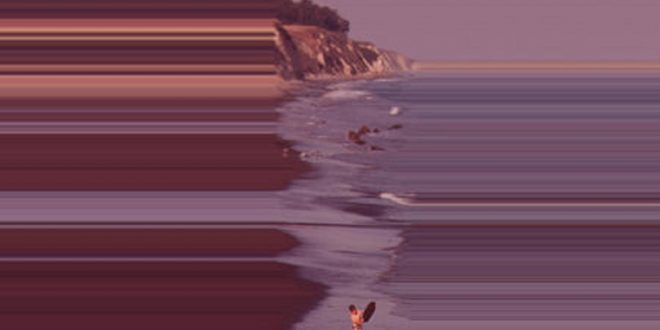 Safe as Houses fuse melodic indie pop with mild alternative rock in their latest single “Lucky Lucky,” and though it’s a bit more experimental a track than I was expecting to hear when I first picked it up, it’s definitely an interesting exhibition of where this band’s sound is taking them next. The hook that gives “Lucky Lucky” the biggest chunk of charm is bright and bubbly, and it balances out the bristling bassline quite well coming out of the chorus (which might be one of my favorites from the whole of their new album, also titled Lucky Lucky).

There’s no urgency in this track, but the gallop of the drums has a nice swagger to it just the same. The first time that I listened to this song, I felt slightly underwhelmed. In every instance where I was expecting the guitars to come swinging through the subtle sway of the drums, they seemed to take the opposite approach, instead clearing a patch of sonic space for a confusing fiddle part to pepper the break between verses with alt-country seasoning. Upon further review, I couldn’t help but find myself synchronizing the movement of my hips to that of the rollicking beats, which might take a little extra focus to get into, but provide us a sensuous rhythm just the same.

The main star here is the frustrated vocal tucked in between the guitars and the drums, which lashes one biting lyric at us after another without ever feeling jaded or inflexible. The tempo allows for our singer to take his time in this song, letting every word meld into the mammoth melodies in the foreground seamlessly. I would have separated the strings from the singing a little more than they are here (which yields some muddiness in the harmony a couple of times), but regardless, the arrangement is still pretty top notch.

If you’ve been looking for some provocative indie rock to spice up your spring, you should turn your attention to the smoking experimentations of Safe as Houses, who are embracing reckless abandon in their songwriting and coming up with some pretty engrossing results. Diehard fans might be a little divided on this single initially, but in the long run I think that “Lucky Lucky” might mark a turning point for this group, who have submitted a mixed bag of recordings in the past but appear to have finally found their best look in this all-new release.