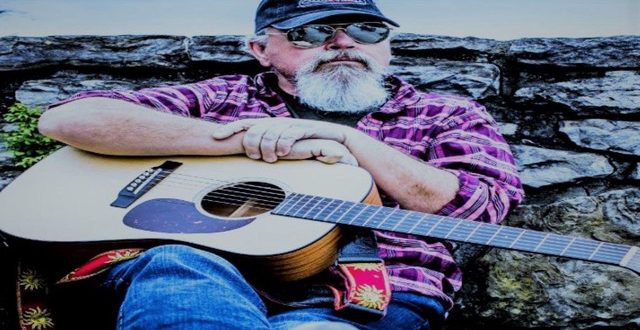 At once decadent and conservative in tone, a guitar’s brittle melody paints the opening bars of Whitebeard’s new single “Paris” in melancholic blue, only to counter them with a blustery countrified swing a couple of stanzas later in the chorus. They’re devoid of virtuosity, but the strings full of as much vitality and uncut emotion as Whitebeard is in his vocal performance. This gorgeous arrangement is one of the song’s most significant qualities, but I don’t think that it’s the only reason to give this track a spin this April (along with the album it was spawned from, Plaid Is the New Black).

This master mix is really physical for what the song needs, but it’s also surprisingly concise when we consider how invasive it is in a few key moments. The entirety of Plaid Is the New Black feels more like a muscle flex than it does a creative evolution from what we heard in So Far So Good, and while it’s a little bit of a letdown for critics who might have been expecting more quality than quantity, it would be criminal to dismiss it as a throwaway record. “Paris” is a tasting plate of the tonality that it boasts with pride, even if it is a simple ol’ tune structurally.

My only real issue with this track is the chorus. There’s a lot of really exquisite tension in the buildup to what we assume will be a climactic release, and when it comes time for the fever pitch to sound, the hook falls remarkably short of where it needs to be at in order to give us those coveted chills. In a live setting Whitebeard will be able to apply a little more oomph to this portion of the song, which is really the sole problem that I found in its compositional make-up.

I will say that “Paris” has way more layers to its arrangement of instruments than anything I’ve heard from Whitebeard previously. The strings compete with the keyboard for the lion’s share of our attention at the onset of the track, and though the vocal swoops in and steals a big chunk of the thunder, it doesn’t completely drown out the melody framing the lyrics. This is streamlined enough for airplay on mainstream country radio, but I doubt that it would have a hard time finding a home on the college radio circuit as well.

“Paris” is hardly my favorite Whitebeard song, but it’s still a decent spring single that has enough charisma to compensate for the minor hiccups that it faces with its misappropriated hook. I’ve only recently gotten into this artist’s stuff, but I think he could grow into a legit threat in his scene if he trims some of the fat from his sound. Plaid Is the New Black is targeted towards a generation of listeners whose tastes are harder to define than that of their parents’ was, and even if it aims a little too high for what its creator is fully capable of achieving at the moment, its crown jewel single is a fun pick-up this April regardless.