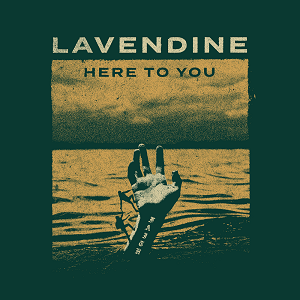 Lavendine “Here to You” (SINGLE/VIDEO)

Simple strings and gentle melodies from a pair of singers who know their way around a verse or two – that’s all that Lavendine’s “Here to You” is made of, and yet it feels as stacked to the brim with charisma as a song can be on its own. While touching on feelings of incredible pain and adversity, our lyrical protagonist discovers a redeeming faith and kinship with divinity that changes the game forever, much as the crushing chorus in “Here to You” has the potential to make anyone a fan of this duo.

Though Lavendine is in one of the most competitive eras in the history of their genre, they don’t sound the least bit concerned with fitting in here, but rather defining a sound they’ve been developing for a long time now. As sisters, these two singers have a bond that can’t be replicated by anyone else in this business, and it’s through this bond that they create some of the most passionate harmonies to debut in a single this fall, all while espousing a devotion to faith that is truly refreshing in 2021.

The chemistry these two have is the cornerstone of every chill we get as the lyrics come together in “Here to You,” and I think there’s a case to be made that Lavendine is exploiting their ability to read each other’s cues in a manner that is perfect for the countrified bend of this song. They’ve always had a very folky undertone to their music, but this particular composition is drawing Americana together with faith-based imagery all too seamlessly to be called straight CCM.

The bottom-end is fat, but it doesn’t overtake the guitars our singers are straddling with relative ease as they approach the chorus, and although most prevalent in the hook, the overall country feel of this song is one much gentler than the Nashville standard has been producing in recent years. The pushiness of the average crossover just isn’t a part of this single, and because of how comfortable everyone in the studio is with each other, it has the intimate tone of something we might hear in a nightclub rather than a bar or even a proper theatre.

“Here to You” is, simply put, a profoundly brooding country song with a strong CCM twist, and for all that it lacks in mainstream filler, it more than compensates us for in an authentic emotion from its star players that I have not been privileged to come across very much this year. It appears that Lavendine is willing to get a little more experimental with their songwriting style in this single, but I wouldn’t worry about them abandoning the signature aesthetics that have brought their career this far.

There isn’t as much purity in contemporary Christian music as there once was, but with an increasingly inventive showing from underground acts like this one, I think it’s becoming obvious that hybridity is where the future of the genre lies more than it does within the realm of traditionalism. That’s good news for Lavendine – and everyone who loves their work.