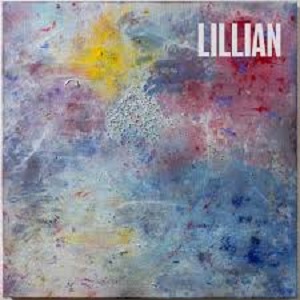 “Lillian” is the newest single from Texan singer/songwriter Jeremy Parsons. In one of the most fascinating tales put to song in some time, Parsons’ female protagonist is an open book. This revealing fact, too, of course makes Parsons himself unveil much of his own vulnerabilities to  the listener. A roots rock/Americana gem, “Lillian” is from Parsons’ forthcoming album, planned for January 2021. It’s the third single and follows “Tragedy” and “Good Ole Days”.

Parsons, originally from San Antonio and now back in River City after an extended time in Nashville. It turns out “Lillian” isn’t a girl at all, but a street in East Nashville Parsons passed each day on his way to work. This anecdote makes “Lillian” all the more interesting and fascinating. Lyrically, Parsons is a master at weaving together words and filling the imagination with visuals, all the while his stoic guitar creates a rustic flow. I was lost when you found me, raising hell trying so hard, I was up to get down, high rolling stoned, didn’t know what I needed, didn’t care anymore, till I met you and let you in, oh yeah Lillian…Parsons sings in his day-old-coffee like timbre. He has that spark in this voice that only comes from being a keen observer of life. He’s a chip off the old Kris Kristofferson.

As a listener, I wanted no more out of this song that what I absorbed. Parsons’ guitar strums like the narrator he portrays, and his voice is a character in its own right. The words – this fantastic story is incredible. To think he took all of these lyrics just from seeing a street sign. I’m in awe. When you start to peel off the layers, you get a sense that Parsons is defeated by Nashville. One can assume that he’s back home in San Antonio and done with the rat race of that town. In “Lillian” his song persona has a misery loves company companion. They can both commiserate that life isn’t the lemonade they were expecting. As much as Parsons’ earnest voice meanders around Lillian, it’s he who is making the observations. She’s just owning up to her audacious behavior and cynicism. By the song’s end, there is hope, there is a brightness that Parsons will learn from this character and realize, well, realize he’s never alone. His genuine soul, a man of little words, could end up making an entire book just on this one song (chapter) alone.

CHECK OUT THE SINGLE: https://jeremyparsonsmusic.com/track/2476615/lillian

Enough gushing over Jeremy Parsons. It’s your turn to listen to “Lillian” and hear for yourself the makings of a master songwriter. Class is in session, and frankly I feel like whatever he does releases next will be tough to top “Lillian” but he’s on a legendary trajectory. January 2021 can’t get here soon enough (for many reasons). Until then, continue to marinate in Parsons’ already stellar discography that also includes “Things I Need To Say”,  “Burn This House Down” and Top 40 Roots Americana single, “Why is the Bluebird Blue”.

Share
Previous Ronnue is back with new Single!
Next FrankySelector Drops New Single